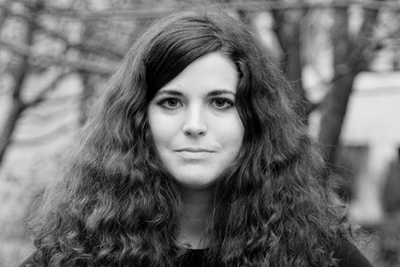 When Hillary Clinton officially became the Democratic Party’s nominee for President of the United States at the Democratic National Convention in late July, it was largely celebrated as a historic moment in feminist history and a victory for women and girls everywhere.

In her acceptance speech, Clinton said, “Tonight, we’ve reached a milestone in our nation’s march toward a more perfect union: the first time that a major party has nominated a woman for President. Standing here as my mother’s daughter, and my daughter’s mother, I’m so happy this day has come."

I have a hard time relating to those who, regardless of their personal opinions of Clinton and her politics, feel genuinely inspired and uplifted by the “historic moment” at hand. I want to see women lead. I firmly believe that a world run by women would be a far more inhabitable place to live than the one we currently have. But in the same way that most self identified feminists did not see it as a milestone worth celebrating when Sarah Palin became the first female Vice Presidential nominee of the Republican Party in 2008, I don’t see Clinton’s ascendancy to the top of the Democratic Party as one, either.

Based on her voting record, I am not convinced that the circumstances of most women will improve under a Clinton presidency, particularly those who are multiply disadvantaged by racism, classism, heterosexism and xenophobia. Hillary Clinton’s gender will not stop her from authorizing imperialist wars, increasing America’s use of drones, or shrinking the welfare state.

As Senator and as Secretary of State, Clinton staunchly supported military operations in Afghanistan, Libya and Syria, and strengthened ties with dictatorships across the globe for US economic gain. She decisively voted for the Iraq War, a vote she defends to this day, but neglected to read the 92-page classified National Intelligence Estimate (NIE) circulated to the Senate by the Bush administration prior to doing so. As Senator, she consistently supported legislation to militarize the Mexican border, such as the 2006 Secure Fence Act, which included plans to build 700 miles of two layer fencing along the US-Mexico border.

Some feminist Clinton supporters have defended her hawkish record as a necessary condition of her being taken seriously as a major player in Washington, of proving she has the ability to be as tough as her male counterparts. It’s true that Hillary Clinton has faced an onslaught of sexist attacks on her journey to the top, and I am angry each time I hear a newscaster pick apart her appearance or diminish her intellect. I understand that she’s had to overcome a great deal to succeed in white male dominated politics, and I empathize. But even if Hillary’s militaristic positions can be seen as mitigated by her need to show America just how tough and unemotional her decision-making process can be, it doesn’t make those positions any less dangerous.

In a world being torn apart by greed and violence, I want a leader who will use her – or his – conscience and empathy in concert with her toughness, not push them to the side. As a white woman who strives to be an ally to women of all races, religions and gender identities, I cannot in good conscience put my critique of Hillary on pause in order to celebrate this “historic” moment in feminism, because that vision of feminism leaves too many women out. We must fight for an inclusive and intersectional feminist movement, not one that disconnects itself from issues of race, class, colonialism and power.

To her credit, Hillary Clinton has consistently advocated for a woman’s right to control her own body, and her record on paid family leave is strong. But a vision of feminism that rests on representation and a narrow segment of highly visible and popularized women’s issues will never dismantle patriarchy and other overlapping systems of oppression. I cannot support a feminist agenda that glorifies the inclusion of wealthy white woman in historically male institutions without any attempt to structurally alter those institutions. Of course all politicians must balance pragmatism and idealism, but I would like to see a leader who, when forced to compromise, does so in the pursuit of a larger vision of universal human rights and justice, not in pursuit of their own place in history.

To quote a hashtag that has been embraced on social media by reluctant Hillary Clinton voters, #GirlIGuessImWithHer, because I cannot stomach the thought of the alternative. When Election Day arrives, the vote I cast will not be driven by support for Hillary Clinton, but by fear of the unthinkable global disaster that would be a Donald Trump presidency.

Progressive minded Americans have an imperative to defeat Trump, but we are equally obliged to hold Hillary Clinton accountable for her actions and to build social movements and coalitions that pave the way for better options in the future than the ones with which we are currently stuck.

Julia Sharpe-Levine is the Associate Director of the African American Policy Forum, an innovative think tank that promotes a vision of racial justice that embraces the intersections of race, gender, sexuality and class, and the Assistant Director the Center for Intersectionality and Social Policy Studies at Columbia Law School. She is currently pursuing a Master's Degree in Applied Theatre from CUNY's School of Professional Studies.