Lessons from the history of refugee policies for the policy makers of today who wish to make America great (again). 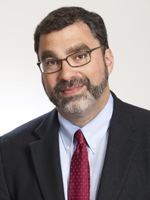 This is a very timely piece by Mark Hetfield, the CEO of HIAS, the global Jewish refugee organization. It puts the Trump administration's refugee policies under the magnifying glass of history, and it also serves as a powerful and deeply inspirational opening message to the week of Pesach. We wish all of our readers שמח חג - Chag Sameach - Happy Passover!

In terms of the way we work together, HIAS international assists refugees overseas with psycho-social care, with livelihoods, and with legal protection – to make sure their rights are respected in their countries of first asylum.  Only one percent of the world's refugees will have access to resettlement, so HIAS International looks for other solutions and only refers refugees for resettlement when that is their only option.

For those refugees with ties to the US or who simply cannot be made safe where they are, we identify and refer them to the United States and other resettlement countries. HIAS is one of nine national voluntary agencies that work with the State Department, six of which are faith based. We have each set up a national network of refugee agencies to promote consistent resettlement around the country.

HIAS was established at the beginning of a 40-year period when America had the courage to follow its founding principles and open its doors to refugees. A period when America was, while flawed, also great. Very great for Jewish refugees who fled the genocidal pogroms of Russia and Eastern Europe.

When was America not so great? In 1921, when America enacted the Emergency Quota Act of 1921, legislation which slammed the door on refugees. It was essentially a “Jewish and Catholic ban.” Not banning all Catholic and Jews, but severely restricting immigration from those countries which had been the largest sources of Jewish and Catholic immigration.

In the words of Congressman Albert Johnson, who chaired the House Immigration Committee in those days, a large number of Jews were “unassimilable [...] filthy un-American,” and prone to “radicalism and bolshevism.” Never mind that refugees then, like refugees today, were seeking to flee terror, not bring terror.

The really chilling thing is this temporary measure to limit the number of refugees and immigrants coming into the country, particularly the Jewish and Catholic ones, was a temporary emergency measure set to expire in 12 months. It lasted through the Nuremberg laws, through Kristallnacht, through the Holocaust, and through the Second World War.

America was great again when it welcomed 400,000 Soviet Jews to this country between 1970 and 2000, along with hundreds of thousands of refugees from Vietnam and elsewhere. HIAS played a central role in these efforts.

But on January 27, 2017, I feared my country was no longer great. That night, President Trump signed the Executive Order slamming the door on refugees. Adding insult to injury, the refugee ban was signed on International Holocaust Remembrance Day. The EO failed to mention that the Refugee Convention itself arose out of the ashes of the Holocaust, to ensure that never again would the world refuse refugees an escape route from genocide. I would add that the rest of the world looks to the United States for leadership on how to treat refugees, and they have followed us up as well as down.

The ban came at a particularly difficult time – at a time when the world was facing the largest refugee crisis since WWII – with 65 million displaced, one-third of whom are refugees, the rest trapped in their countries of origin. And the target against Syria came at a time when one in five refugees are Syrian, and when one in four people in Lebanon are Syrian. It took President Obama over five years to act upon the global and Syrian Refugee Crisis and start to lead, culminating in the New York summit which he co-hosted on September 20, 2016. Yet, it took President Trump only seven days to abandon refugees altogether.

This language was straight out of a 1921 playbook. It suspended the refugee program for at least 120 days, blocked all Syrians from the United States until the President decides it is in the national interest to admit them, banned all entrants – refugees and otherwise – for at least 90 days from seven Muslim majority countries (though it allows discretion to be exercised to admit non-Muslims from those countries), slashed refugee admissions by more than half at a time when the world is in the greatest refugee crisis since the Second World War, and allowed governors more authority to determine whether refugees should be resettled in their states at all.

America was certainly not great on January 27, but it became great again on January 28, when thousands of people spontaneously occupied airports and marched through the streets, chanting “no hate no fear, refugees are welcome here.”

America was also great again on February 9, when the 9th Circuit Court panel unanimously ruled that the refugee and Muslim ban was unconstitutional. But the fight will continue.

On March 6, President Trump signed a new Executive Order which was just a little less cruel and chaotic than the first one. The new executive order allows people in transit, people who already have valid visas or green cards, and refugees who have already been booked for travel to enter the United States. It takes Iraqis off the list of banned nationalities. But make no mistake about it, the refugee ban is totally intact. The Muslim ban is basically intact. No, it does not ban ALL Muslims, but it targets Muslims. As I heard one constitutional law professor say – “if I fire one person because he is Muslim, that is better than me firing ten people because they are Muslims.” But it is still an unlawful and immoral act. President Trump made it clear when he was campaigning for the office of President that he intended to ban Muslims from entering the United States. Now that he is President, when he shut down immigration and refugee flows in which Muslims predominate, we cannot ignore those statements. Nor could the courts.

Americans can no longer rely on our government to make it clear that refugees are welcome here. That is now our job, as Jews, and as Americans. The Torah commands us 36 times to welcome the stranger because we were strangers not only in the land of Egypt, but also on the lower East Side of New York City. An America which does not welcome refugees is not America.

Mark Hetfield is the CEO and President of HIAS, the he global Jewish refugee organization. He is an expert in refugee and immigration law, policy, and programs. Mr. Hetfield led HIAS’ transformation from an organization focused on Jewish immigrants to a global agency assisting refugees of all faiths and ethnicities.