Earlier this month, Jagmeet Singh, Leader of the New Democratic Party (NDP) visited Berlin accompanied by a delegation of NDP Members of Parliament. During his trip, Singh at the delegation met, among others, with high-ranking members of the SPD government, including Chancellor Olaf Scholz. This visit comes at an important time for Canada-Germany relations as both countries have a renewed interest in deepening ties in the face of Russian aggression and the growing affordability and energy crisis on both sides of the Atlantic. 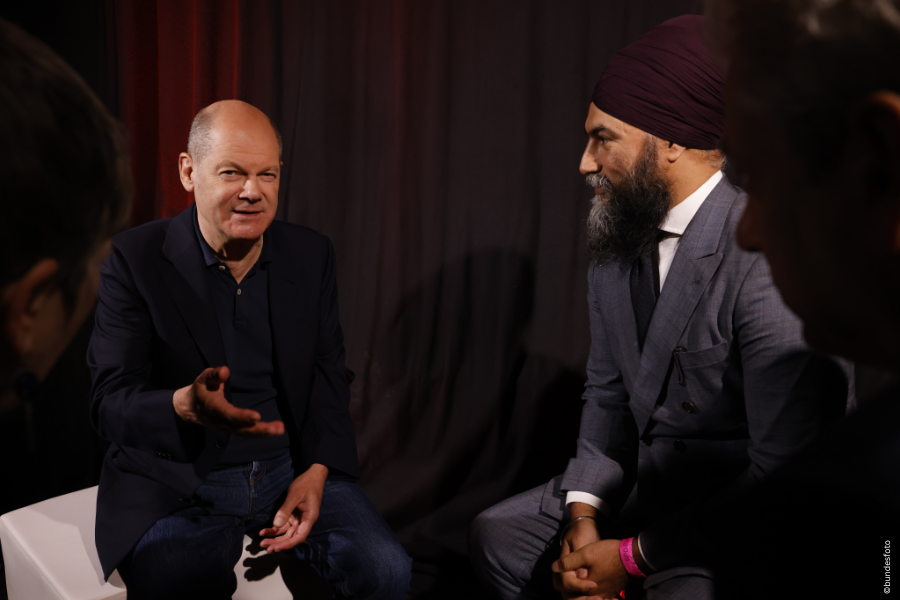 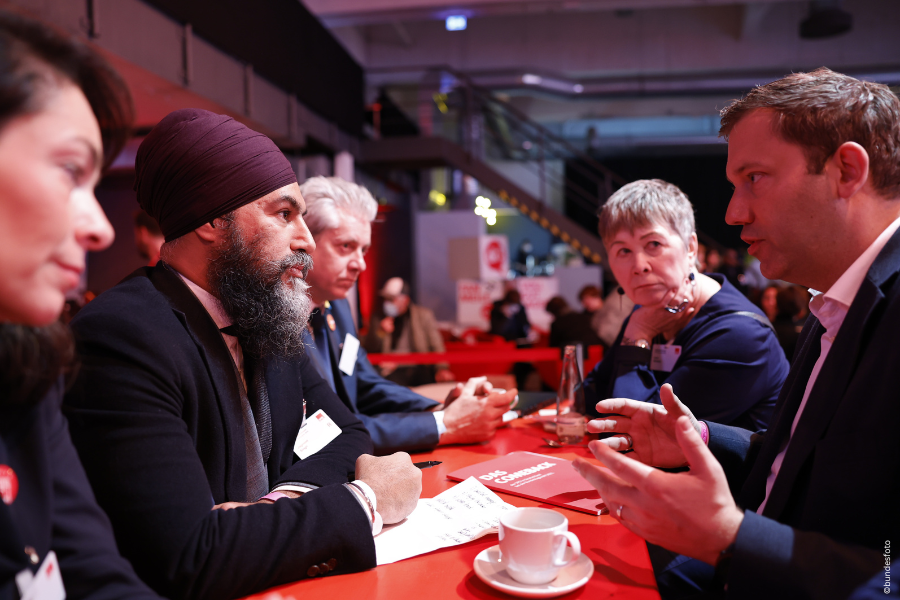 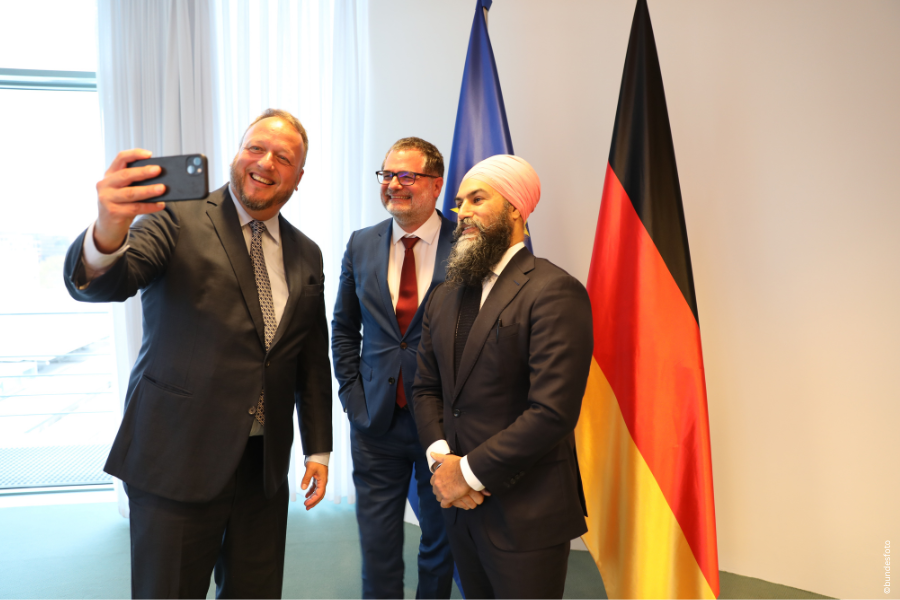 The NDP is Canada’s centre-left, social democratic party. It currently holds the fourth largest number of seats in Canada’s House of Commons and is a partner with the governing minority Liberals in a confidence and supply agreement that is slated to last until 2025.

Singh is a charismatic lawyer and human rights activist who won the NDP’s leadership in 2017. During his trip to Germany, he was accompanied by  NDP Members of Parliament Heather McPherson (NDP Foreign Policy spokesperson) and Charlie Angus (Spokesperson for Natural Resources), and NDP National Director Anne McGrath.

The delegation met with senior members of the SPD government, including Chancellor Olaf Scholz and Head of the Chancellery Wolfgang Schmidt. At the forefront of their discussions were ways to confront the cost of living crisis facing working people on both sides of the Atlantic, and discussions to advance cooperation between Canada and Germany on clean energy and climate action.

Singh and the NDP delegation also explored the issue of housing affordability in depth. They met with affordable housing activists in Berlin, as well as Ülker Radziwill, Berlin State Secretary responsible for tenant protection and Klara Geywitz, Federal Minister for Housing, Construction and Urban Development.

In addition to a full roster of meetings, Singh delivered remarks on the situation in Ukraine and foreign policy in conversation with Lars Klingbeil, Chairman of the SPD. The elected members of the delegation also delivered a talk on Populism, Political Movements and Challenges for Democracy in Canada at the Free University of Berlin, sharing the latest about the rise of far-right populism in Canada.

This visit comes at an important time for Canada-Germany relations, with renewed interest in deepening ties in the face of Russian aggression and the growing affordability and energy crisis on both sides of the Atlantic. Face-to-face exchanges on policy and political strategy are an important way for decisionmakers to be exposed to new ideas and approaches that make a real difference in the lives of ordinary people.

FES is grateful to have had the opportunity to foster this dialogue with Singh and the NDP team.

“Our trip in Germany gave us an opportunity to meet with counterparts on our shared priorities. Canada must build closer relationships with countries and parties who share our common values. I’m thankful to the FES for inviting us to Germany. We had very good discussions on the war in Ukraine, support for the people of Iran, and how Germany and Canada can work together in a shifting geopolitical context. As an MP from Alberta, the trip further reminded me of the potential for our province to provide clean energy to our allies around the world.” – Heather McPherson, Member of Parliament for Edmonton Strathcona