The Female Face of the Populist & Far Right 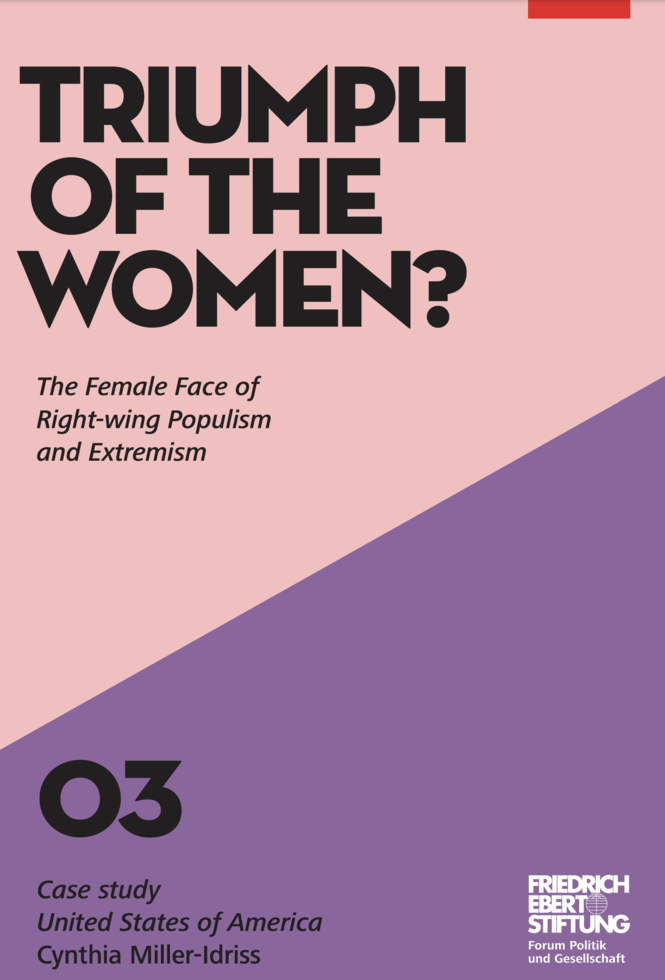 Right-wing populist parties and movements, most of which are male-dominated, are gaining strength around the world. However, a new generation of women also actively supports them. To better understand this phenomenon, the Friedrich Ebert Foundation commissioned a number of case studies, examining right-wing populist (and in some cases right-wing extremist) parties and their programs with regards to family and gender policy. The specific focus is on policies that gain support among female voters and that make parties on the right electable. How do anti-feminist positions break through?

In our event, Prof. Cynthia Miller-Idriss will present her findings on the gender dimension of U.S. populist nationalism in the years before and after Donald Trump's election. Of particular importance are the gender discourses within the Tea Party movement and the narratives of 'family values' and 'masculinity' among evangelical Christians that contributed to the success of the Trump campaign. Additionally, we will also discuss the effects of specific government policies.

"Triumph of Women? The female face of right-wing populism and right-wing extremism in selected countries" contains a series of country studies commissioned by the Friedrich-Ebert-Foundation.