As the Trump administration abandons US commitment to climate and environmental protection, who will fill the gap? 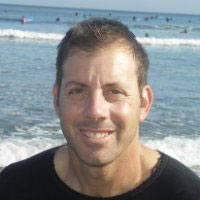 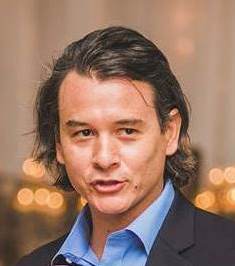 As the first 100 days of Donald Trump's presidency have drawn to a close, the Spotlight Series delivers critical assessments of the new administration from the point of view of the African American and Latino communities, female authors, young people, the LGBT community, experts, policy makers, and leaders of religious groups, among others. Our contributors offer in-depth analyses of social, economic, environmental, and foreign policies where possible, and evaluate developing data in areas such as race relations, governing institutions, and future elections.

As co-authors, we approach this field from divergent perspectives; perspectives which have led to shared conclusions and concerns. Doug Parsons is a leading voice in the field of climate change adaptation and host of a weekly podcast on climate change, adaptation, and related topics. Each week, Doug sits down with global experts in climate change planning, science, policy and communication to understand the current thinking in the field and what is on the horizon. As a sustainability consultant to corporate and institutional clients, Dan Ackerstein works at the interface between climate science & policy and the folks who make decisions around their own significant ecological footprints. Dan collaborates with companies, municipalities and institutions to prioritize decisions around sustainability: energy use and efficiency, water efficiency, waste management, and other emissions-relevant topics. Our combined expertise has led us to the same conclusions of alarm and concern around our global climate future.

The advent of the Trump administration portends to mark an historic pivot point in US climate policy. Under the previous administration, President Barack Obama, working without the cooperation of Congress, utilized executive orders to enact climate-friendly policies outside the legislative process. The nature of these actions allows the President to take actions which do not require congressional approval but as such can be reversed with relative ease by future administrations. President Trump, so far, has shown great enthusiasm for doing so. The new administration has wasted little time in actively removing climate change information, documents, and policies from government information resources, both relating to climate mitigation and adaptation planning.

A glimpse into what President Trump is thinking on environmental regulation.

Trumps activity extends also to the staffing and budgeting of the Environmental Protection Agency, the federal entity most responsible for climate change action. Very recently, the EPA has removed all the web sites associated with their climate change program. It is unclear when and if these pages will return. Updating web sites is a common, largely symbolic, occurrence between administrations, but past rhetoric leads us to believe this exclusion of climate information will continue indefinitely. More concerning from a functional standpoint, the President is responsible for submitting a budget to Congress for each of the federal agencies. In his inaugural budget, President Trump has called for a 30% cut to the EPA’s budget, which would mean widespread elimination of programs and staff at the agency. The Congress is ultimately responsible for legislating budgets, so it remains to be seen if these cuts remain. Just the suggestion of these very specific cuts gives a glimpse into what President Trump is thinking on environmental regulation. As these examples demonstrate, much has happened, although it remains to be seen how the courts will react to Trump’s strategies for eliminating emissions-focused policies.

Trump’s relationship to the Paris Agreement remains unclear – a decision is apparently imminent - but signs are increasingly troubling. Regardless of the official nature of that decision, action to meet the goals of the agreement is almost certain to ebb. The US will almost certainly continue to fall behind China and Europe in developing alternative energy technologies and adaptation planning, as well as stepping back from our role as the prime driver of global climate consensus action. The locus of that activity in the US will shift; state leadership will achieve a new primacy (particularly the state of California, which has signaled enthusiastic defiance of Trump on emissions and looks to build on its record of leadership) and the private sector, increasingly alarmed by climate change, and sensing business opportunity therein, will move even more aggressively.

Germany appears poised to take the lead in terms of guiding the international community towards climate agreements and targets.

If nothing else, the whipsaw nature of climate policy in 2016/17 serves to illuminate many of the defining features of the American democracy. Both the limits of, and the extent of, the power of the Executive branch of government are on display, as is the remarkably partisan nature of both the American public and their elected officials. Perhaps most interesting going forward will be the way that other developed and developing nations step into the leadership vacuum created by the US departure from that role. China has already asserted leadership in developing and manufacturing renewables technology; Germany appears poised to take the lead in terms of guiding the international community towards climate agreements and targets. It is very likely that the private sector and NGOs will similarly seize the opportunity to provide leadership and raw horsepower in regards to technology innovation and policy development.

There is still a legacy and momentum related to existing climate change efforts. Grants are awarded on a multiyear basis, so even if there is a cut in direct funding, the momentum from existing projects will sustain climate change research for years to come. Some state governments, generally not substantial sources of scientific research resources, are stepping in and providing not only policy support, but also funding. There is also a robust science community in the United States made up of prestigious science societies like the American Association for the Advancement of Science and the National Academies of Science that are independent organizations that provide policy and funding opportunities for scientists. These organizations will take on a more active and public role as federal agencies abandon theirs. It is imperative that international science partners engage more actively with their American peers, providing venues, and funding opportunities to maintain existing work. Partnering at conferences will also become even more important.

The US has a long history of mass movements to drive political change.

There are additional reasons for optimism. Precedent exists for a slow, or furtive evolution on climate policy; the George W. Bush administration came into office actively hostile to climate change as an issue; by their second term, they had begun to act both domestically and internationally on the subject. And it remains to be seen if the American public will engage with climate change on an activist level; the US has a long history of mass movements to drive political change, but rarely in the last 20 years has an issue reached the critical mass required to galvanize the populace. Climate change may yet become that issue, particularly as its impacts are felt more and more acutely.

Although President Trump has demonstrated his hostility to taking action on the issue of climate change, we are hopeful that the momentum behind already existing efforts takes us further towards the aspirations and goals of the Paris Agreement. It is still early in the Trump administration and it remains to be seen if and when it pivots to a more rational and predictable course on climate policy. Climate change is not slowing down and the international community will continue to provide an irresistible pull to take action on carbon emissions. America may no longer lead on the most important issue facing the planet; it is now upon the other nations of the world to take up that mantle.

Doug Parsons is a global expert in climate change adaptation. He hosts a podcast that interviews climate change experts from academia, media, planning and popular culture.

Dan Ackerstein has based his professional career on making the concept of sustainability accessible, useful, and meaningful in the business world. For the last decade that pursuit has been focused on sustainable building operations and the development, implementation, and application of the LEED for Existing Buildings.