Between September 11-15, 2022 the 37th meeting of the Congress-Bundestag Seminar was able to bring together policymakers from Germany and the United States. The first post-pandemic meetings brought six Members of the German parliament, the Bundestag, to Pennsylvania and Washington, DC. 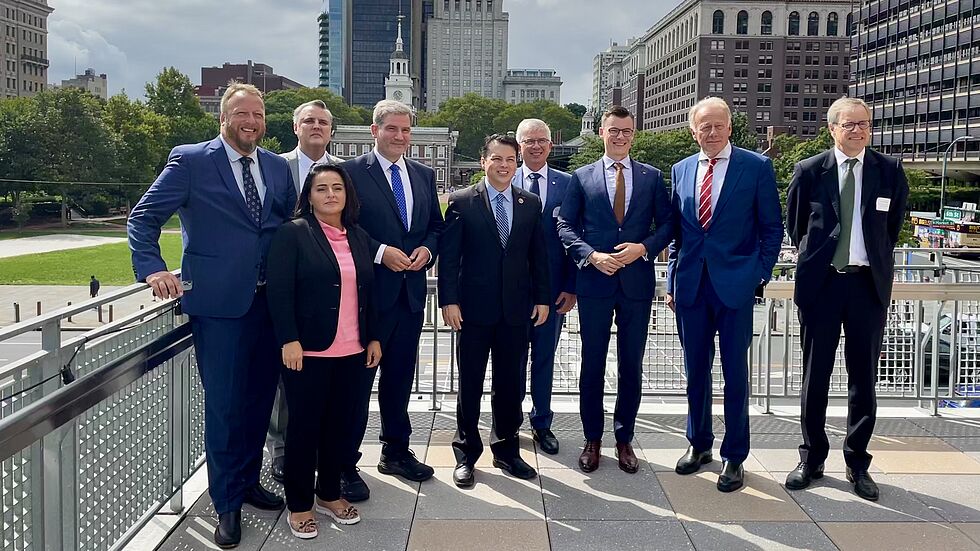 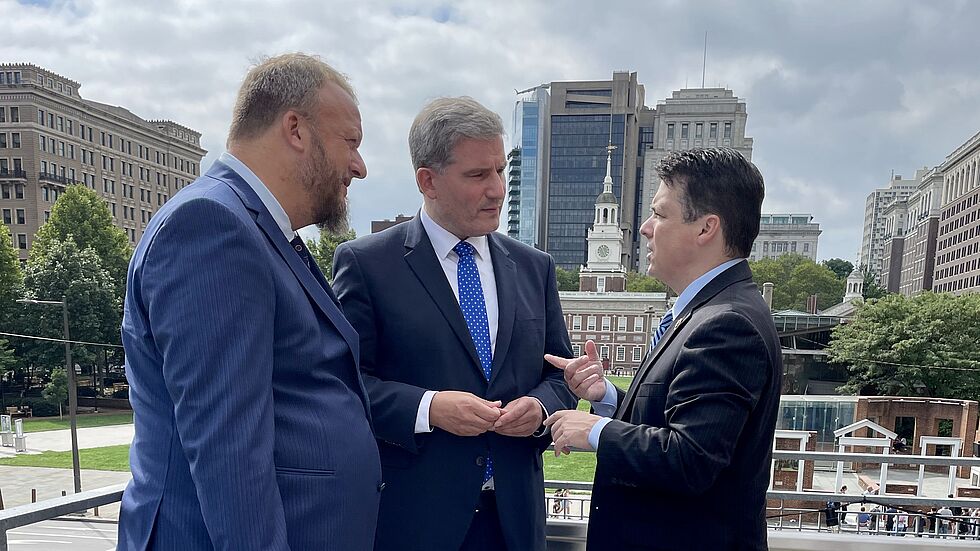 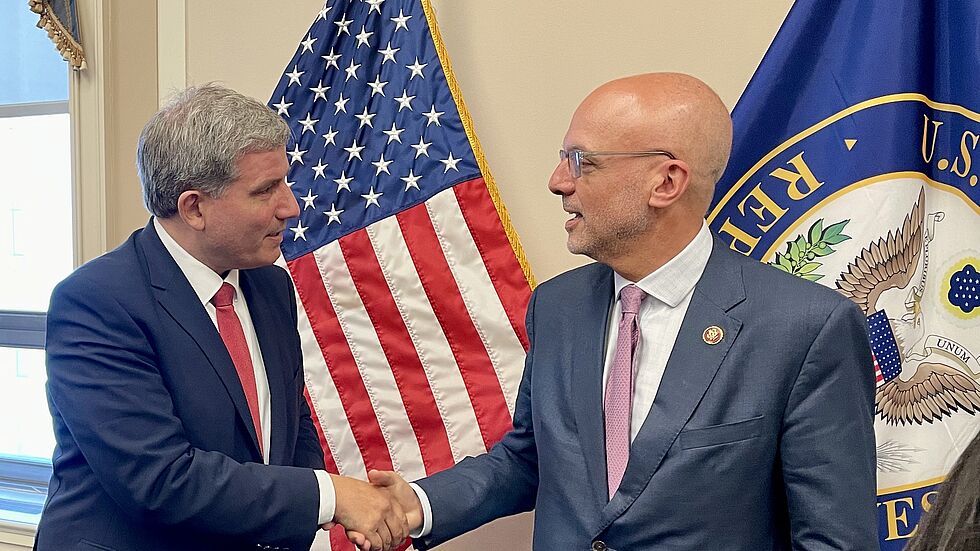 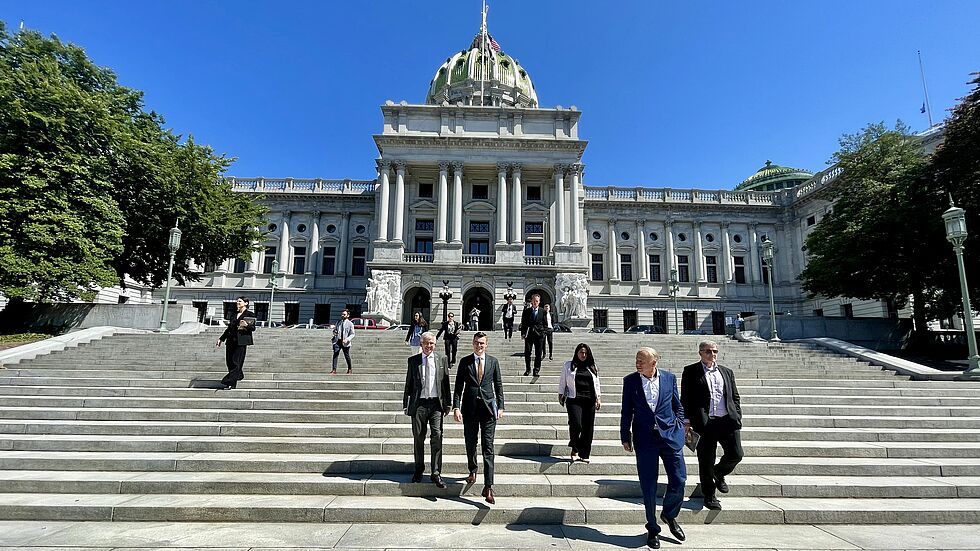 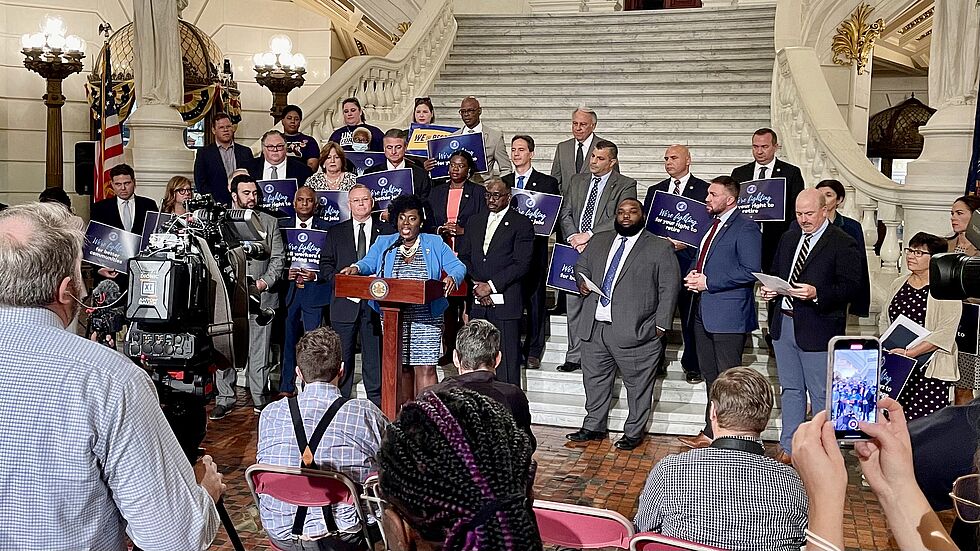 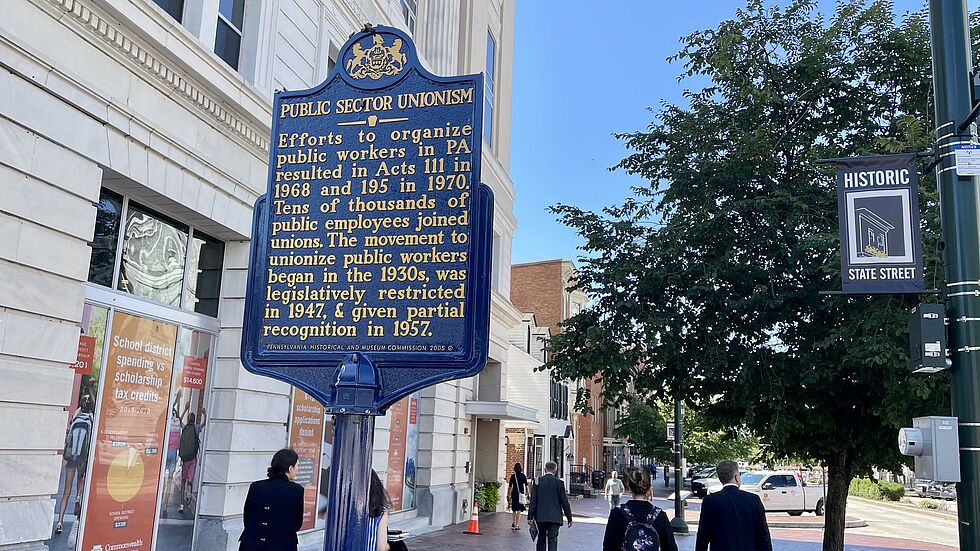 The timing could not have been better: It is an election year in the United States. The upcoming midterm elections will be crucial for both chambers of the U.S. Congress, the Senate and the House of Representatives. Pennsylvania, historically a swing-state, offered insights into topics and sentiments of the electorate during this election season. Inflation, gas prices, and women’s rights to abortion are key factors and will determine the results in Pennsylvania, a state one third the size of Germany. The conversations with lawmakers and experts focused on the current political landscape in the U.S., as well, where a divided country will decide whether or not Joe Biden will be able to continue his political Agenda. To get anything domestic done in the last two years of his four year term, the President needs Democrats to hold the majorities in both chambers of Congress.

Throughout the country, many Trump endorsed candidates were able to make it onto the ballots, which was especially apparent in Pennsylvania. One of the most important gubernatorial elections is taking place here. MAGA Republican, Doug Mastriano, is running against Democrat Josh Shapiro. Mastriano is considered an extreme Republican and Trump loyalist, who not only wants to abolish the right to abortion in the state, he wants to ban it completely without exception. He is thus considered particularly extreme, as many of his Republican colleagues, th edelegation learned, have softened their position with an eye on the elections. It is above all the women in the suburbs that the Republicans do not want to lose.

Pennsylvania is also the state with one of the most important Senate races between Republican and TV doctor, Mehmet Oz, and incumbent Lieutenant Governor, John Fetterman. They are both rather fringe figures (one a Trumpist, the other considered left-wing and unconventional) of their parties and yet the nation is watching this election, because in the Senate just one vote can decide the future majority. At the moment, the polls still see a neck-and-neck race here. However, many meeting partners stated, that Democrat Fetterman's chances to win this race are good.

Forty-two percent of people living in Philadelphia are African American, who traditionally vote for Democrats. They could tip the scales in November when it comes to balancing out the large rural Republican areas. However, the larger cities currently have a growing crime problem, which could also be an electoral factor. This is because it increases fear among suburbanites, who are thus less likely to come to the city to take advantage of cultural opportunities, for example. This, in turn, could counteract the Democratic gains in the suburbs presumed from the abortion issue.

Republicans had hoped to use the mid-terms as a referendum election against Joe Biden's policies. But Democrats are currently benefiting from relatively stable gasoline prices, which tripled in some areas in 2022. Three of the 12 majority-voting districts for the U.S. House of Representatives are in Pennsylvania. Before the summer, Democrats had already written off a majority in this chamber of the U.S. Congress, as high gasoline prices were joined by enormously high inflation and seemingly paralyzed Democratic decision-making. But then Joe Biden was able to celebrate several legislative successes, including on gun safety, a major climate protection package and the partial cancellation of education debt. This gave President Biden a boost in the polls, where he currently has 45% approval. Republicans also have to tolerate the media over-representation of their ex-president, whose many criminal cases and investigations against him receive a lot of attention. Thus, the Republicans fail to make the election an "anti-Biden policy" decision. Unfortunately for them, it is Donald Trump who is making it a "Biden vs. Trump" future that voters will face in 2024. This is what currently plays into the hands of Democrats. Secretly, Democrats are hoping that Donald Trump will announce his intention to run for president again in 2024 before the midterm elections in November.

The German delegation also entered in many exchanges with U.S. counterparts on foreign policy issues, such as the support for Ukraine, the global supply chain crisis, China, and other topics. The first meeting, after a pandemic-induced break in 2020 and 2021, was co-hosted by the Friedrich-Ebert-Foundation and the Heinrich-Böll-Foundation and organized by the U.S. Congressional Study Group on Germany, which is part of the Association of Former Members of Congress. The meetings demonstrated the importance of the transatlantic partnership.