Trump's First 100 Days: What does the Trump presidency mean for race relations in the U.S.? Mary Curtis discusses the uncertainties going forward. 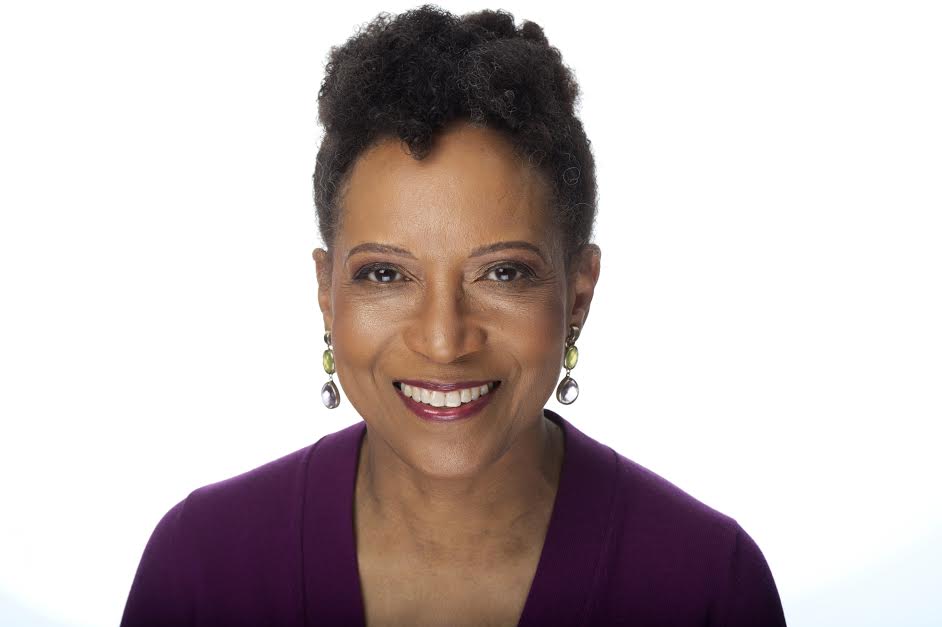 As the first 100 days of Donald Trump's presidency draw to a close, the Spotlight Series delivers critical assessments of the new administration from the point of view of the African American and Latino communities, female authors, young people, the LBGT community, experts, policy makers, and leaders of religious groups, among others. Our contributors offer in-depth analyses of social, economic, environmental, and foreign policies where possible, and evaluate developing data in areas such as race relations, governing institutions, and future elections.

World leaders and citizens are understandably curious and a little anxious as President Trump comes to the end of his first 100 days in the most powerful office in the world. To them and to many Americans, it seems a lot longer. That’s because the country and the world has never seen a president quite like Donald Trump – a businessman, real-estate billionaire with no experience as an elected official. And while there has been much sound and fury, when it comes to legislative achievements – most notably health care reform – his administration has come up short, despite his Republican Party retaining control of the House of Representatives and the Senate.

Trump, who won an Electoral College victory over Democrat Hillary Clinton, may be a Republican, but on his way to the White House he angered some traditional conservative Republicans with his populist appeal and his personal attacks on his GOP primary challengers. His erratic behavior has continued in the White House, despite expectations that he would be “more presidential” or predictable once in office.

On the global scene, the signs have been confusing as well, as traditional international allies such as Australia were snubbed while Trump was initially complimentary toward long-time foe Russia and its leader Vladimir Putin. Trump’s “America First” mantra flies in the face of relationships both Democrats and Republicans have nurtured.

In a world where every issue, country and alliance is intertwined, where elections that could sway political philosophies are taking place – from Kansas to France – and with serious life-and-death issues at stake, consistency, not unpredictability is valued. America is raising the ante with threats to use power. The Trump administration is flexing its muscles, in a show of military might and rhetoric toward Syria, North Korea, Iran and elsewhere.

International treaties in Iran and on climate change are under review. NATO allies are nervously observing a Trump administration that has yet to fill crucial State Department slots, and has floated a budget that wants to build up the military while cutting back on diplomatic, development, and aid projects. The unprecedented cutbacks sow uncertainty among observers, and show incompetence in understanding how deals are made and conflicts avoided.

Where is the cohesive strategy, on domestic and foreign policy? What are the consequences of so many questions and so few answers? At 100 days of an administration that few expected, where does America stand and what comes next at home and abroad?

In Germany, in particular, where Angela Merkel had a relationship with former President Barack Obama that was aligned in policy and temperament, there is bound to be more questions after a Washington visit between Merkel and Trump in March that was more awkward than encouraging. The two differed on the U.S. and German commitment to NATO, trade and immigration policy, and whether or not Trump would shake Merkel’s proffered hand. (He did not.)

But it’s important to understand that Germans are not alone. In a United States that is far from united, there is just as much confusion. What must the world think at the televised sight of marches in opposition to a president elected with a minority of the popular vote?

Though his vote totals don’t translate into a mandate, Trump and his appointees seem intent on dismantling Obama-era reforms, on issues from health care to climate change to criminal justice. In his first 100 days, the Trump administration has placed leadership of agencies such as the Environmental Protection Agency, Department of Energy, Health and Human Services and Housing and Urban Development into the hands of those who have been hostile to their missions.

I am a journalist who covers the intersection of politics, culture and race, and have reported on local, state and national politics, including presidential campaigns in 2008, 2012 and 2016. From my base in Charlotte, North Carolina, with frequent trips to Washington, D.C., I can observe life both outside and inside the “Beltway,” both from a battleground state that is a microcosm of the issues that divide the country and from the seat of government where power and influence is currency.

My work is informed by life experience, growing up in West Baltimore in Maryland, one of those predominantly black, urban neighborhoods, where people of modest means work hard for their version of the “American dream.” During his campaign, Trump referred to many such neighborhoods across America as virtual “hellscapes,” where violence and mayhem rule and citizens are either criminals or victims. That simplistic and incorrect view will never help challenge the problems that do exist.

In those majority-minority neighborhoods, there was hope under President Barack Obama and his Justice Department, led by Attorneys General Eric Holder and Loretta Lynch. There was hope for improvement in the relationships between law enforcement and minority communities. There was hope for the crafting of voting regulations that guaranteed the franchise to all citizens instead of putting restrictions on the poor, the elderly, minorities and the young. Obama fought hard for sensible immigration reform and for criminal justice reform to tackle the problem of mass incarceration that most affects minority and poor citizens. Most of these noble aspirations were scuttled by an obstructionist Republican Congress. With President Trump in the White House, Republicans can now reap the fruit of their obstructionism.

The Trump administration’s first 100 days have seen a dramatic reversal from Obama’s “audacity of hope.” The president campaigned with a racially coded “law and order” message that echoed the sentiments that propelled Richard Nixon into the White House in the 60s and 70s. That “law and order” message then resonated with the voters afraid of civil rights protests that changed what had been society’s stratified status quo. Under Trump’s Attorney General Jeff Sessions, that status quo is being enforced once more; one could even say endorsed by 2016 voters who shared the same fears.

There was already mistrust of Trump in minority communities before he was elected. After all, he raised his political profile with his years-long accusations that the first African-American president of the United States, Barack Obama, was not born in the country and was, therefore, an illegitimate president.

Under President Trump, there is bound to be more distrust – between the Sessions-led Justice Department and minorities who look to the federal government for justice – between police departments and the communities they are sworn to serve. Sessions is even threatening to reconsider the consent decrees agreed on by police and community leaders to ease tensions in cities such as Baltimore, Chicago and Ferguson, Missouri where fatal confrontations between the police and unarmed citizens led to protests and even riots.

Sessions has also pulled back on federal government opposition to voting restrictions devised by some states after the U.S. Supreme Court invalidated key provisions of the Voting Rights Act of 1965, an important piece of civil rights legislation.

The Trump administration’s policy reversals, the President’s ill-conceived statements, and his Attorney General’s actions and inactions  have the potential to echo far beyond U.S. borders. As I discovered working with Aspen New Voices fellows in South Africa in February, America is seen as a beacon, a moral authority despite its flaws, a country that had learned from its past. That reputation and role model status is being questioned, at home and abroad.

In a diverse world, these very American challenges ripple throughout the globe, and after an uncertain first 100 days of a Donald Trump-led American democracy, everyone is looking anxiously to see what the next 100 will bring.

Mary Curtis is political columnist at Roll Call and NBCBLK, is an award-winning journalist and educator based in Charlotte, N.C. She has contributed to NBC News, NPR, The Washington Post, The New York Times, The Root, MSNBC, and talks politics on WCCB-TV in Charlotte. Curtis has worked at The New York Times, the Charlotte Observer, the Baltimore Sun, and the Associated Press and as national correspondent for AOL's Politics Daily. Her coverage specialty is the intersection of politics, culture and race, and she has covered the 2008, 2012 and 2016 presidential campaigns.