Civic Action and Extra-Institutional Pressure in Central and Eastern Europe 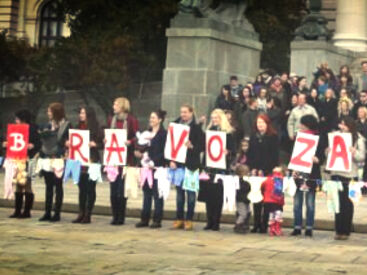 The Friedrich Ebert Foundation and the Center for Transatlantic Relations at Johns Hopkins University SAIS present a public luncheon discussion on:

With internal and external forces undermining the unity of the European Union, growing dissatisfaction with the post-authoritarian transition to democracy in Central and Eastern Europe should not be ignored. From Moldova to Macedonia, endemic corruption, poor public services, government mismanagement, and self-serving political parties are increasingly undermining genuine democracy, trust in governments, and living standards.

What recourse do regular people have – beyond resignation, despair, radicalization or migration? In many instances, they are mobilizing together in civic campaigns or social movements. They are challenging the corrupt status quo, resulting in resignations, early elections, transnational investigations, environmental preservation, and more accountable health care. Are these manifestations of growing instability or a bottom-up force to (re)claim democracy and reconfigure relations between citizens and states? Can dysfunctional or captured politics and institutions reform on their own or is extra-institutional, nonviolent pressure needed to push for change? Join us for a lively inquiry.

Lunch will be served!