Affordability in higher education has been put on many a political pedestal, yet no federal solution exists. Could New York be the model to follow? 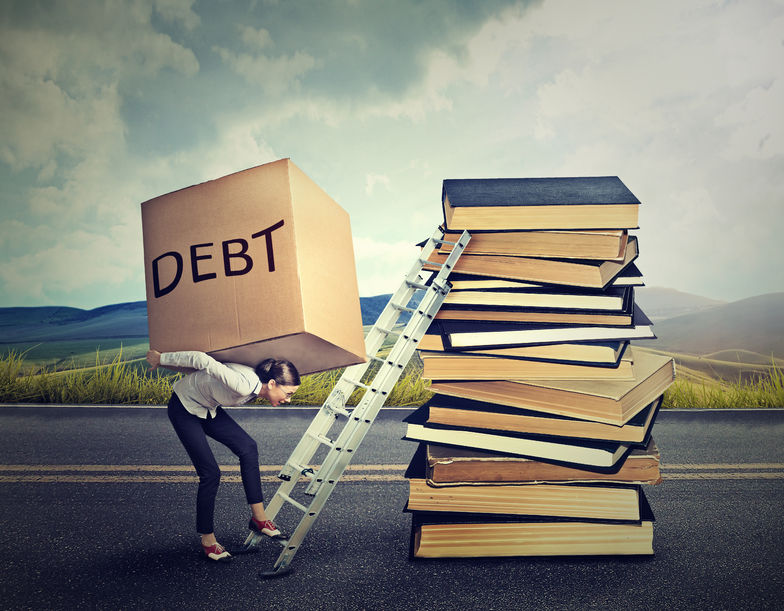 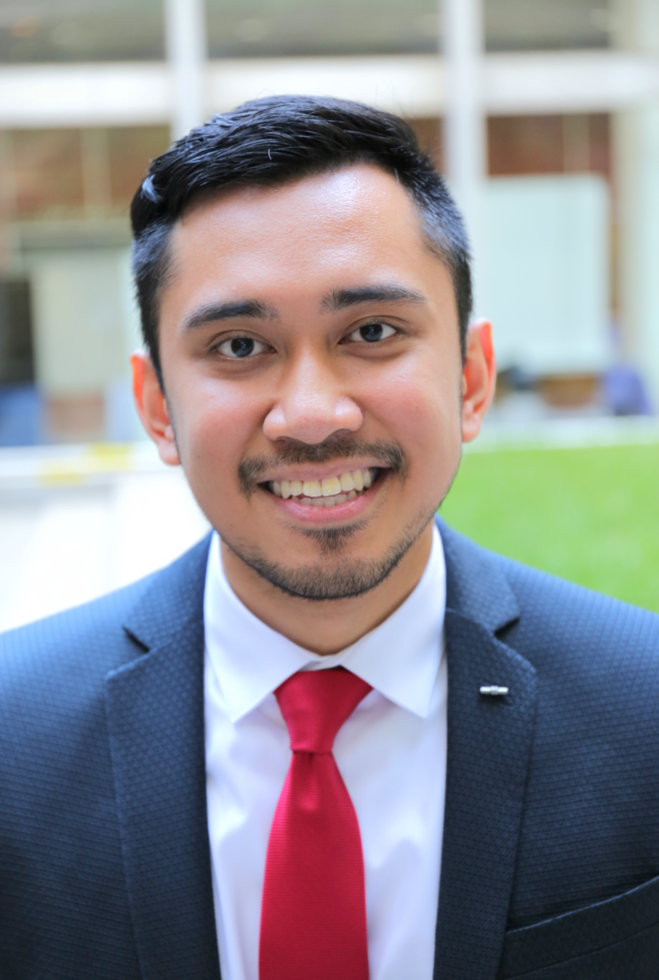 Spotlight always strives to shed light on areas of US politics, economics, and society that receive little attention in the mainstream news media. In his important contribution, Justin Fernando analyzes a topic (and a state policy) that undoubtedly needs more public attention. Since tuition-free education has gained little traction at the federal level, and New York's initiative might just become the model for other states to emulate, it is important to pinpoint the shortcomings of the Excelsior Scholarship program and to have a constructive dialogue on where this and other similar initiatives are headed.

At this polarized juncture in U.S. politics, many wonder about the future of college education – an area in which both Democrats and Republicans have promised lower costs and improved access with no progress at the federal level. During the Obama administrations, the President proposed making community colleges free nationwide. During the presidential primaries in 2016, Hillary Clinton backed Obama’s proposal and integrated it into her platform. The same primaries saw Bernie Sanders’ push for tuition-free policies on top of existing grants for both community and four-year public colleges, a central plank in his campaign platform. While these discussions may have signaled incremental change or progressive transformation, the election of Donald Trump signaled the erosion of the already thinly social democratic character of the U.S. educational system. Six months in, the President proposed a budget that prioritizes charters and private schools through vouchers, signaling a national shift to K-12 privatization and policies that would place student loan management in the hands of the the private sector, which could increase financial precarity for graduates and hamper their ability to pay back loans.

Concurrent to these federal-level developments, state-level initiatives have set out counter these neoliberal trends that threaten to further deregulate educational standards and further privatize Americans schools. Tennessee and Oregon, for example, have enacted legislation that makes community college free. While these states have begun to expand access, it was New York that became the first state to enact a tuition-free policy for four-year colleges.

The Clinton- and Wall Street-backed Democratic governor, Andrew Cuomo, spearheaded “The Excelsior Scholarship,” a $163 million program designed to “provide tuition-free college to middle-class families.” Starting this fall, Excelsior promises free tuition to any public college for families who earn no more than $100,000 a year in adjusted gross income. Participation in the program requires that students take a full course-load of 15-credits a semester, and those who receive the scholarship and graduate must live and work in the state for the same amount of years that they received funding. If at any point students deviate from the fine print, their scholarship gets converted into a loan. For Millennials and Gen Z’s, the scholarship became a glimmer of hope. Despite being the most formally educated generation, Millennials shoulder a slow economy, high unemployment, stagnant wages, and crushing student loan debt with an average of $35,000 for a bachelor’s degree, a figure approximately twice the amount of the average debt incurred by Gen X and the Baby Boomer generation. Young New Yorkers welcomed the Excelsior Scholarship as a silver lining against an economy geared toward the wealthy, an economy that casts the promise of the American Dream of upward mobility as a myth from a bygone era.

Despite the media fanfare that came with Excelsior’s passage, its stringent requirements call into question its effectiveness in meeting students’ needs. For the City University of New York (CUNY) system, the largest public and urban university system in the United States that serves predominantly working class and first-generation students, Excelsior is estimated to assist only 5 to 15 percent of students. The reason for this is that Excelsior only applies as “last dollar,” coming into effect after all other financial aid has been applied. In fact, most working class families already pay no tuition out of pocket and would not benefit from Excelsior’s tuition-free policy, because their cost of attendance is partly addressed by federal and state grants: New York’s median income hovers around $60,000 per year, and families making less than $80,000 qualify for New York’s Tuition Assistance Program (TAP) as well as for the US Pell Grants within incomes under $50,000 per annum. The problem is that none of these federal and state-level grants, or Excelsior itself, covers room, board, school supplies, administrative fees, transportation, and other living expenses—a formidable barrier that still towers between working class students and finishing college. Given Excelsior’s eligibility fine print, households making $60,000 to $100,000 (a cap to rise to $125,000), i.e., households making above-median income in the state, would benefit most from the program. This is also the same above-median income demographic that has a significantly higher voter turnout than families making less than $60,000 and at or below the poverty line. Seeing as Excelsior’s eligibility requirements were designed along voter turnout patters and household income, it is highly probable that its authors designed the program more to gain votes than to create a tuition-free policy that benefits students who need assistance the most.

The problem is that none of these federal and state-level grants, or Excelsior itself, covers room, board, school supplies, administrative fees, transportation, and other living expenses—a formidable barrier that still towers between working class students and finishing college.

In addition, Cuomo’s own recent track record falls short of the inclusive and social democratic ideals of universal public education. Since 2011, when Cuomo became governor, CUNY tuition has risen by 30%. Last year, he proposed slashing the CUNY budget by a third ($485 million). In both 2016 and 2017, he also proposed 15% austerity on Civil Rights-era educational opportunity programs like CSTEP, STEP, HEOP, and EOP in order to fund Excelsior. Cuomo’s austerity proposals on CUNY and on Civil Rights-era programs gesture toward his underlying intentions for Excelsior: creating tuition-free college for the middle and upper-middle classes on the backs of students of color and working-class students.

Likely its most restrictive requirement, the scholarship requires students to live and work in New York State after their graduation for the same number of years that they benefited from Excelsior. As economists argue, however, limiting a worker’s mobility is detrimental to their ability to find a good paying job, as being competitive would require access to the national labor market. Excelsior’s mobility restriction could keep many first-generation students from fulfilling their highest income potential in their first job.

Many of my own high school students in the Science & Technology Entry Program (STEP) at NYU School of Medicine, all of whom undergo college readiness, research experience, and health education to advance their career prospects, have expressed excitement upon first learning about Excelsior. Together, we reviewed how they could successfully meet Excelsior’s requirements, while adhering to their goal of becoming a doctor: excelsior beneficiaries can technically attend medical school out-of-state and defer Excelsior’s post-grad residency requirements until after med school. At this stage, however, compliance with the residency requirement becomes debilitatingly cumbersome and it unduly limits students’ career prospects. When third and fourth year medical students apply for residency programs through Match (residency matching program), they must rank New York residencies high and hope to be accepted to one of those programs. If they do not match in the state, and they continue to pursue their dream of becoming a doctor by attending a residency program elsewhere, then the Excelsior Scholarship instantly turns into a loan. To illustrate this debt burden, let’s use SUNY Stony Brook’s total cost of attendance: if a student took out a loan of $52,000 for four years’ worth of room, board, and administrative fees not covered by grants to attend the public state university, then an additional $36,000 to $40,000 for four years of tuition would be added for violating Excelsior’s fine print, leaving students with $88,000 to $92,000 in debt for a bachelor’s degree. This is the all-too-familiar youth indebtedness in a country that prioritizes a burgeoning defense budget and ceaseless tax breaks for the rich at the expense of working- and middle-class students and their families. This indebtedness is what the US educational and economic system has gifted to Millennials and, if unaddressed, what lies ahead for Gen Z’s.

The meritocratic and obstacle-ridden processes in Excelsior not only create more checkpoints, but its imposition of limited mobility on students could also obstruct our ability to meet America’s growing demand for primary care physicians, especially in underserved urban hospitals, community health centers, rural locations, and in U.S. colonies in the Pacific and the Caribbean. Although it gestures closer to affordability, Excelsior’s requirements hinder its social democratic potential. It remains a far cry from the tuition-free policies that had existed in California from 1868 until 1970 and in the CUNY system until 1976. It operates as a neoliberal contrast to the inclusive “higher education for all” platforms that Bernie Sanders and the Green Party campaigned on last year. Structurally, Excelsior is also an ocean away from the comprehensive universal higher education already working on the ground as social democratic centerpieces in European democracies.

Contextualized in the Trump administration’s efforts to further privatize education, Excelsior implores us to engage in a national conversation to define the role and function that public education should have in American democracy and for younger generations. What role should social democratic education have in making America great again? Could we begin this pursuit of greatness, of educational success, by making CUNY free again?

Justin Fernando is the Director of the Science & Technology Entry Program at the NYU School of Medicine. STEP is an educational opportunity program sponsored by the Office of Postsecondary Access, Support and Success in the New York State Education Department. He received his MA in American Studies with a focus on History at the University of Bonn as a DAAD Graduate Scholar, and he is a proud NYS Higher Education Opportunity Programs (HEOP) Scholar alum at Bard College. His interests include intersectional social justice education and advocacy, educational equity, decolonization, queer studies, and critical race theory. He is also an advocate for science in the public interest and universally accessible public services.