Andrew Zapfel discusses the importance of a continued commitment to science based health policies at home and around the world. 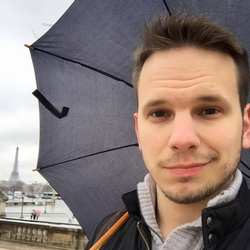 In response to Earth Day, and what some would say the National March for Science held that day (Joel Achenback, 2017), the White House released the following statement:

Rigorous science is critical to my Administration’s efforts to achieve the twin goals of economic growth and environmental protection. My Administration is committed to advancing scientific research that leads to a better understanding of our environment and of environmental risks. As we do so, we should remember that rigorous science depends not on ideology, but on a spirit of honest inquiry and robust debate. (Trump, 2017)

While President Trump has stated the importance of science in reaching the administration’s goals, his first 100 days have shown a limited appreciation for the federal government’s science and research branches, particularly in the field of public health.

Trying to measure President Trump’s policy actions requires a review of his legislative and executive achievements while he has been in office. The first 100 days of President Trump’s administration has shown little progress in the way of legislative achievements. The American Health Care Act, meant to repeal large parts of the Obama Administration’s healthcare work, has passed the house but is likely to see a tough fight in the Senate. Obama Administration regulations have been repealed but the legislative branch took much of the leadership in these endeavors. In terms of public health, the true litmus test for President Trump’s actions and his views of the US’s leadership role in this area is based on reviewing his executive orders and budget proposals for the US government.

The US government has been a world leader in terms of dollar amount for foreign aid assistance, particularly in the areas of global health. Responding to the HIV pandemic facing the world in the early 2000s, the George W. Bush administration initiated the President’s Emergency Plan for AIDS Relief (PEPFAR), the world’s largest bilateral program combatting a single disease. Since its inception, PEPFAR has helped over 11.5 million people gain access to treatment and care. (Birx, 2017) The Trump Administration has called for a budget decrease in global health programs, and sought a 242 million dollar cut to PEPFAR in the 2017 Fiscal Year. According to the AIDS Vaccine Advocacy Coalition and The Foundation for AIDS Research (AmFAR), both US-based HIV advocacy organizations, such a cut could mean over 250,000 people experiencing HIV treatment interruptions, over 78,000 children becoming orphans, and over 39,000 AIDS-related deaths (AmFAR, 2017). Budget cuts of millions, even if it seems negligible compared to the yearly 4 trillion dollar US budget, can have drastic impacts. Given where we are in the response to HIV, with over 11.5 million people in treatment thanks to PEPFAR, now is not the time to be reversing our leadership in combatting the disease. Especially now that countries are working to effectively take leadership in the response and are in need of continued assistance to treat such a large number of people. During the writing of this piece, the US Congress (or legislature) approved a FY2017 funding resolution, ignoring the President’s requests, and the government is maintaining current PEPFAR budgets for the rest of the fiscal year. (Kaiser Family Foundation, 2017)

President Trump noted in his Earth Day memo that his administration would work free of ideology, and look for honest inquiry and robust debate. This statement is not aligned with one of the first executive orders his administration produced, the reinstatement of the Mexico City Policy. The Mexico City Policy restricts funding from any organization that provides or counsels for abortion by other means. The policy restricts organizations working in the areas of global health from accessing necessary resources to support family planning and helping women decide for themselves when and how they would like to have children. Research has shown that when organizations dedicated to reproductive health lose funding, they are able to help fewer clients receive family planning care, leading to increases in unwanted pregnancy and induced abortions. Limiting funding to organizations not promoting abortions, can actually lead to an increase in abortion need. (Eran Bendavid, 2011)

President Trump has called for a number of cuts to government research centers dedicated to public health, most specifically with regard to the National Institute of Health and the Center for Disease Control and Prevention. Such massive cuts have been noted by experts in the field as an end to American leadership in medical research and advancement. While the private sector provides research funding to such advances in new drugs and treatment, often the government provides the needed seed money to try new, innovative approaches. Up to 47% of drugs approved by the Food and Drug Administration benefited from public-sector support. With such massive cuts to the NIH, there will be a more restricted number of grants available for innovative approaches. This will require other countries to provide such leadership, and America’s overall economic health will suffer, given the financial loss to medical research organizations (Wright, 2017)

The additional cuts proposed by the Trump Administration also hurt America’s ability to provide necessary technical support to emerging pandemic threats. The Ebola outbreak in West Africa, leading to the deaths of over 10,000 people and having cases reported in Europe, United States, and throughout West Africa, called for the international community to provide needed quarantine and treatment support to stop the virus. Without support from the US government’s public health institutions, the virus would have continued to spread and the response would have been weakened. Without the necessary funds provided by the US government to these entities, the world will be more susceptible to the next outbreaks, including the US. Pandemic threats do not know borders and isolationism will not prevent diseases from spreading. (Wright, 2017)

While it is hard to measure Trump’s accomplishments in the first 100 days, it is clear that his budgetary and executive decisions show a lack of commitment to his call for policies and actions based on rigorous science. Evidence shows that investments now in research, public health, preparedness, family planning and other much-needed interventions in public health will prevent staggering future costs and save lives now. It is a testament to US leadership to continue programs that have saved millions of lives. Trump should listen to the words he spoke on Earth Day and make a true commitment to backing science-based policies, free from ideology. Until he does, America will lose its place as a leader in scientific innovation. As a former Danish foreign affairs officer stated at a recent round table held by the College of William and Mary, “I really hope the U.S. will be out there big and strong with all their good ideas and fantastic people but the world will continue, and you’ll be back again.” (Edwards, 2017) Hopefully, the US will not be away for too long.

Andrew Zapfel is a public health professional working in the areas of HIV and Human Rights. He primarily focuses his work on East and Southern Africa and marginalized communities, particularly sexual and gender minorities.

AmFar, A. a. (2017). FY2017 US Global AIDS Budget: The Human Impact. Retrieved from AmFAR: www.amfar.org/Global-AIDS-Budget-Impact/