Why do we see a change in political communication under Trump? Dr. Knüpfer explains why we need a new paradigm to explain communication dynamics. 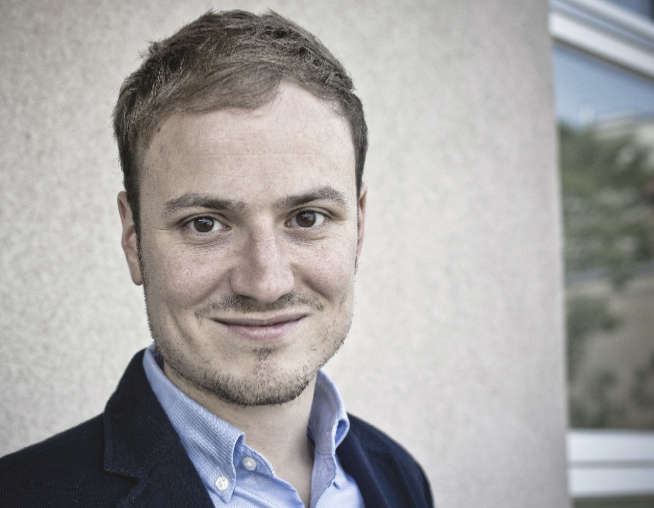 In predicting and accounting for political decision-making, political scientists tend to rely on specific sets of underlying assumptions. These give shape to our interpretation of data points and ongoing political dynamics. The surprising results of the 2016 presidential election therefore led to a fair amount of soul-searching within the various fields of our discipline. For scholars of political communication, for example, it is generally understood that processes of political communication involve three main players: political elites, media, and the public. Since the new administration has assumed office, many of the actions we have witnessed have fallen far outside the spectrum of how we usually expect these three players to interact with one another.

Sure enough, even without the wake up call of the 2016 election, the field was generally aware that many of our tried and tested assumptions of how political information reaches and impacts an audience no longer seem to hold up. Within an increasingly abundant information environment, political leaders can sidestep the gatekeeping functions of the press, while selective exposure to ideological news sources proliferates. Nevertheless, Trump’s highly unusual campaign and his interaction with the press and pubic since the election has been an extraordinary reminder of just how badly our understanding of the new communication environment might lag behind.

But political communication flows are merely one of many focal points in dire need of readjustment. In the realm of US foreign policy, the dominant explanatory models have typically focused on a blend of interests and values in accounting for political decision-making. Constructivist schools of though have also stressed the importance of specific beliefs and questions of perception in these matters, which may come to dictate how interests are defined and which values matter. But even so, it is mostly understood that policy-makers derive their views from specific sets of underlying norms, which lead to more or less consistent behavior over time.

When it comes to information flows concerning foreign events, a broadly applicable rule of thumb describing these dynamics could be expressed as follows: Powerful and informed policy elites hold beliefs and reach decisions based on specific sets of interests and values. These in turn will give shape to agenda setting and framing processes which shape media narratives and lead to public perception and democratic deliberation processes which can come to feed back into elite perception and decision-making.

To be sure, the age in which policy elites were afforded disproportionate leeway in setting the media agenda was highly problematic in its own right. And the processes by which US interest and values dictated policy outcomes led to massive miscalculations and blunders. And yet, at the very least, these dynamics seemed a whole lot more assessable than whatever it is we are dealing with now. So what exactly are we dealing with now? And what are we to make of Trump?

Two developments in particular seem striking about the current political environment: For one, in regard to political communication dynamics, the concept of a single dominant communication flow seems increasingly outdated. Instead, a fragmented media landscape gives rise to various segmented and increasingly polarized publics, enabling political elites to selectively adjust their messages and cater exclusively to their preferred audiences. Secondly, as these dynamics gain in importance and develop new communicative logics and political incentives, they alter the ways in which political leaders might engage with or react to particular events. Rather than a specific and universally perceived form of reality, on the basis of which particular interests or values might lead to policy preferences and negotiation processes, more selective modes of perception now give rise to self-reinforcing feedback loops between elites and particular segments of the public.

In conjunction, these two developments lead to and enable the dynamics personified by Trump. One would be hard-pressed to explain nonsensical policy goals like the Mexican border wall or the (de-facto) travel ban through any combination of American interests or values. The only way in which these policies can possibly be seen to make sense is that they are rooted in a very specific (and demonstrably false) perception of reality – one in which illegal immigration from Mexico has not decreased in recent years  and in which citizens from a seemingly random assortment of Muslim majority countries  would pose an imminent threat to the United States. The depiction of climate change as a Chinese hoax  may arguably prove to be the most momentous of these misperceptions.  Yet it is merely one of many instances in which the Trump administration appears to be basing its decisions on what its constituents are either wishfully negating or woefully misinformed about.

So if such policies are not primarily determined by factual reality, interests, or values, then where do they originate? It seems that in order to explain Trump’s actions, we need to take other incentives into account. These incentives appear to be rooted in highly selective perception, by which Trump caters to a very specific part of the electorate, which shares these stocks of information about world events. Less than a year into his first term, we have witnessed a remarkable array of these dynamics. As such, they might not be entirely new. On the eve of World War I, it was the Austrian essayist Karl Kraus who asked, “how is the world ruled and led to war?”, in response to false reports of French attacks on German territory. Kraus made out similar dynamics to the ones we may be dealing with now: “Diplomats lie to journalists and believe these lies when they see them in print” (Kraus 1976: 457).  As luck would have it, we have not come across any comparable diplomatic crisis within the first few months of the Trump administration.

And yet there have been multiple recorded instances, in which Trump appears to be influenced by news coverage of his administration on cable television,  rather than by intelligence briefings. By reacting and engaging with media reports via Twitter, he has  gone on to proclaim policy objectives, which his subordinates subsequently engage with and defend throughout the day. News media, in turn, will cover these decisions and report on their consequences before the fallout of the news day makes its way back into discussion rounds on morning television, and so on, and so forth.

In a very real sense, such feedback loops can come to create new realities based on and leading to highly selective perception. Apart from the absurdity of how this turns any concept of policy-oriented agenda setting on its head, such feedback cycles may undermine democracy in a rather insidious manner: Over time interests and values are likely to be impacted by pluralism and are determined via processes of democratic deliberation; selective perception – not so much.

Political scientists; therefore, would do well to get a handle on how to accurately describe these dynamics in the era of Trump. However, naming them might not be enough. We need to shed light on their potential consequences for democratic institutions. Policy elites like Donald Trump are unlikely to change their ways. It is up to the other two key players involved in political communication dynamics – the public, aka the electorate, and the media, aka journalists – to recognize their own agency within these cycles. Input from political science can help them to do so. Together, we can create new incentives for political elites – or at the very least ensure that the dominant modes of perception shift.

Curd Knüpfer is currently a postdoctoral researcher at the George Washington University’s School of Media and Public Affairs. He received his PhD in political science from the Freie Universität Berlin. His research primarily focuses on US media and politics along with the changing dynamics of political communication in Western democracies.