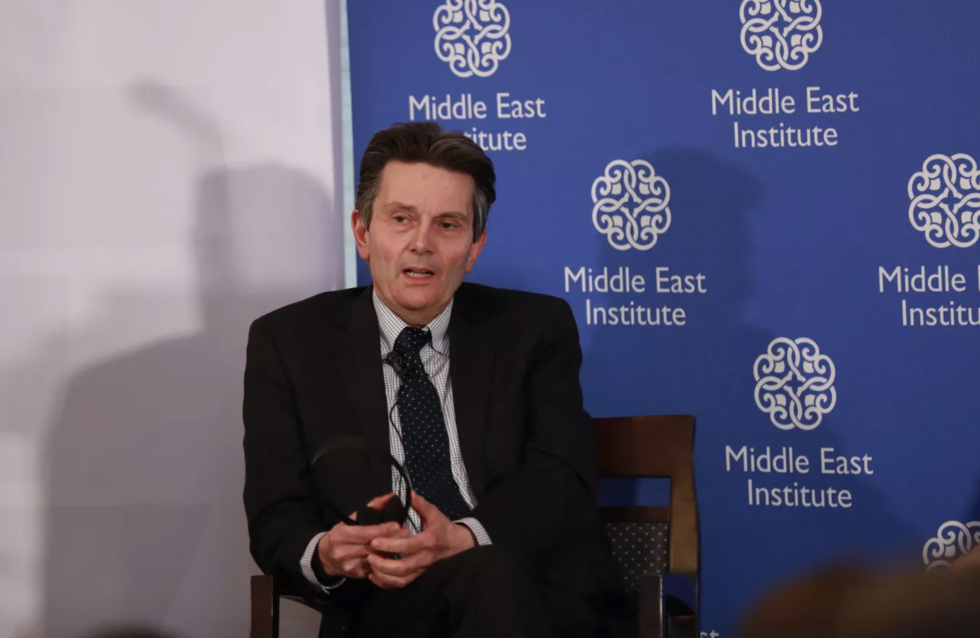 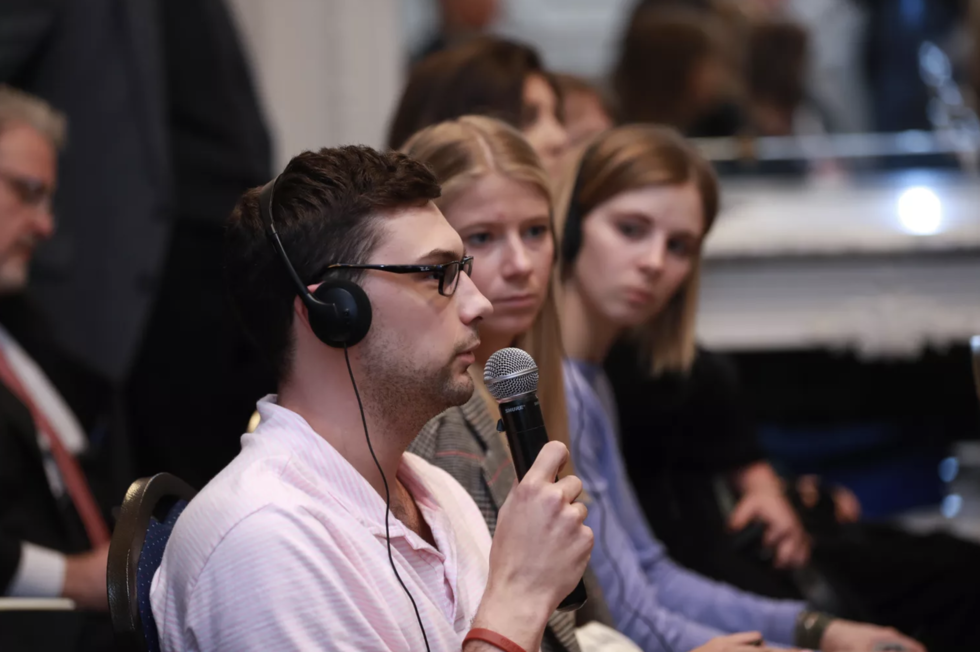 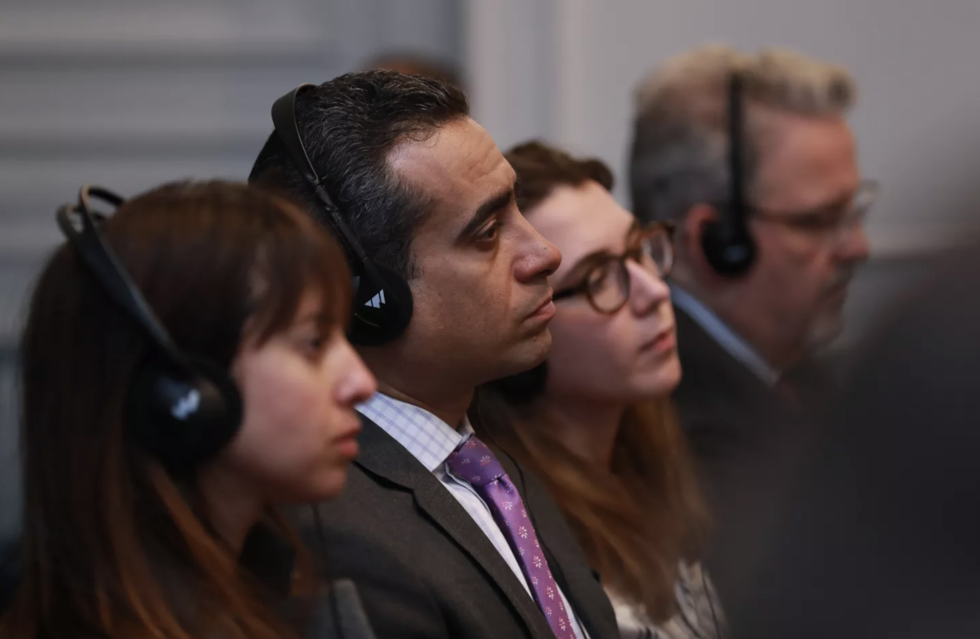 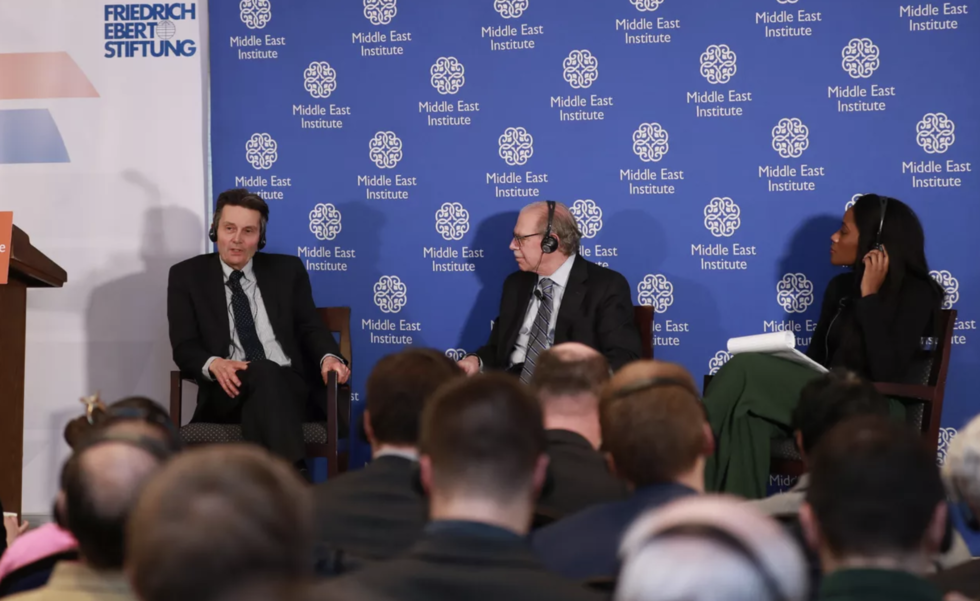 The Middle East Institute (MEI) and Friedrich Ebert Foundation (FES) are pleased to host on joint panel on the future geopolitics in the Middle East. What’s at stake—for the United States, Europe, Russia, and the critical actors in the Middle East? With President Trump ordering a drawdown, the U.S. military already began the process of withdrawing its troops from Syria. Yet the conflict is about to enter its ninth year this coming March and the prospects for a lasting diplomatic solution or military win remain slim. Russian and Iranian interests in Syria of keeping Assad in power are opposite to the U.S. and Saudi backed efforts to help unseat the Assad regime.

﻿President Trump seems to follow a passive-aggressive Middle East strategy — aggressive in terms of adding fuel to the fire and passive in terms of not being invested fully. This approach undercuts the U.S.’ regional influence. Other actors, such as Turkey, Iraq, Palestine, Israel, as well as Yemen, Egypt and the Kurds have their own domestic problems, regional goals, and international interests. The alleged Saudi-sponsored disappearance and killing of journalist Jamal Khashoggi is just the latest in a long list of disputes between the US, Europe, and the Middle East. Is diplomacy capable of reconciling the complexity of the conflicts in the Middle East?

Ambassador Polaschik assumed her duties as Acting Principal Deputy Assistant Secretary of State for Near Eastern Affairs on August 30, 2017. A career Foreign Service Officer with the rank of Minister Counselor, Amb. Polaschik served most recently as the U.S. Ambassador to the People’s Democratic Republic of Algeria, August 2014- July 2017. Her career has focused on the Middle East and North Africa, with assignments as Director of the State Department’s Office of Egypt and Levant Affairs and Director of the Office of Israel and Palestinian Affairs; Deputy Chief of Mission at the U.S. Embassy in Tripoli, Libya; Regional Refugee Coordinator based at the U.S. Embassy in Amman, Jordan; Political Officer in Tunisia; and other staff-level assignments in the Bureau of Near Eastern Affairs. She also has served in Azerbaijan and Uzbekistan. Amb. Polaschik received a B.A. from the University of Virginia and an M.S. from Georgetown University. She speaks Arabic and French, and some Azerbaijani and Russian.

Suzanne Kianpour (moderator)
Foreign affairs and political journalist, BBC
Suzanne Kianpour is a foreign affairs and political journalist for the BBC. An Emmy nominated news reporter and producer, she’s currently covering foreign policy and national security issues, leading the Washington side of the BBC’s investigation into Russia’s role in US politics, foreign influence and the Special Counsel’s probe. You can find her work on the BBC’s multiple television, radio, online and digital outlets. With previous postings in Beirut, London and Los Angeles, her reporting has taken her around the world: from various conflict zones in the Middle East, to Europe traveling with then-Secretary of State John Kerry in a front row seat to the Iran nuclear negotiations, to Latin America and the US detente with Cuba. In 2016, she criss-crossed America – covering presidential candidate Hillary Clinton and ultimately returned to Washington, the Trump White House and the corridors of Capitol Hill. Over the course of her career, she has landed multiple high profile exclusive interviews including Iranian Foreign Minister Javad Zarif – the BBC’s first interview with an Iranian official since being banned from the country in 2009 and Khaled Meshaal – Hamas leader in exile in Doha – during the Gaza War of 2014. Suzanne also played a leading role in securing the first sit down TV interview with President Obama post the Iran Nuclear Deal being agreed.

Co-sponsored by  The Middle East Institute