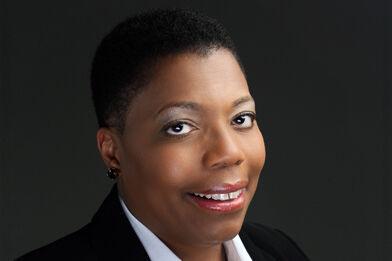 “I question America. Is this America, the land of the free and the home of the brave, where we have to sleep with out (sic) telephones off the hooks because our lives be threatened daily, because we want to live as decent human beings, in America?” Fannie Lou Hamer, Mississippi Civil Rights Activist at the 1964 Democratic National Convention

The 2016 election cycle in the United States has been protracted, hostile, and ranged from merely discordant to bizarre. The level of xenophobia, misogyny, and racial hatred so openly expressed without conscience is downright frightening. It is all reminiscent of the paralyzing terror that African Americans endured for a century following the abrupt end of the Reconstruction Era in the late 1800s. While not remotely as harsh, there are parallels between the experiences of African Americans over the century following the Reconstruction Era and that of disenfranchised communities during the 2016 election. Against this backdrop, I believe that the 2016 Presidential Election is probably more important than the historic 2008 and 2012 elections of President Obama.

As an African American mother parenting alone without support, I am more concerned about the 2016 election than any since I cast my first vote in November 1980. While I disagreed with the policies of Presidents Reagan, George H.W. Bush, and George W. Bush, I was at least confident that they all respected and appreciated the gravity of the office. In this presidential election, one candidate’s daily meltdowns and out of control machinations have caused me to fear for mine and my children's personal safety and security. As a United States citizen in 2016, I should not have to fear for my family's personal safety.

While it is less now than in earlier generations, single mothers, particularly those of color, are still stigmatized in the United States. Despite our increased numbers, it is rare for politicians at any level to craft a policy agenda focused on the “kitchen table” issues that affect the lives of single mothers and their children. These issues include equal pay, reasonable sick leave policies, access to excellent child care, affordable housing, safe neighborhoods, decent schools and educational opportunities, and comprehensive health care.

That said, there are three kitchen table issues that are of paramount importance to me as a single mother. The first issue concerns the overuse of deadly force by police against African Americans. I have a young adult son and teenage daughter. Both are honors students and my son will graduate from college in December. He defies every stereotype and statistic associated with African American males. I am exhausted with worry that my brilliant children will have an unfortunate encounter with police and never come home again. For the first time, my African American friends, who like me are in their early fifties, are fearful of and no longer trust anyone in law enforcement regardless of the officer’s skin color. I no longer have the mental capacity to absorb the gut wrenching pain that occurs each time an African American man or woman is killed by police. Consequently, reforming police practices to address implicit bias and racism is my first kitchen table issue. Hillary Clinton has offered a comprehensive plan detailing how she will reform the entire criminal justice system. Her plan includes rebuilding the bonds of trust between communities and police plus a number of other initiatives. Conversely, Donald Trump has described himself as the “law and order candidate” but offers few specific details on how he would encourage meaningful reforms of policing practices designed to rebuild the broken bonds of trust between police and communities of color.

The second issue is comprehensive and affordable health care. I am a single mother living with depression. The insufficient medical provision is exemplarily for the shortcomings of our health care system. The nationwide shortage of psychiatrists and practitioners to manage medications has reached critical mass. It has been nearly impossible to find a psychiatrist or advanced nurse practitioner to regularly evaluate my medications to ensure that they still effectively treat my depression. There are literally thousands of individuals living with a mental illness across the United States facing this same dilemma. Hillary Clinton has published a comprehensive plan to address mental health. Donald Trump has not presented a detailed plan on how he would address mental health. Instead, Mr. Trump devotes his entire health care plan to criticizing Obamacare and detailing how he intends to gut it.

My final issue, the right to vote, is my personal holy grail. The right to vote is sacrosanct. It gives each of us a voice at the table. As such I am passionate about protecting the voting rights of African Americans. The full frontal attack on the voting rights of African Americans only accelerated after President Obama’s first election in 2008. In June 2013, the United States Supreme Court issued its landmark decision in Shelby County, Alabama v. Holder, Attorney General et al570 U.S._(2013), hereinafter Shelby. Other than in Germany and other European countries, where reaching a certain age automatically qualifies for voting, in the U.S. it requires a registration as a voter. Prior to Shelby, states identified with a history of discrimination, needed preclearance of the federal government before they were allowed to change their voting rights. The Shelby decision stopped this regulation and some states considerably cut existing protections against denying or abridging the voting right to an account of race, color, or being part of an ethnic minority group. Shelby shifted voter suppression efforts into hyperdrive. Certain states immediately moved to implement election laws previously blocked as racially discriminatory. Voter suppression efforts have continued despite the disproportionate adverse impact on the poor, African Americans, and similarly situated disenfranchised groups. For example, there have been changes that shift early voting, registration times, and voter-ID requirements. This mainly affects voters of ethnic minorities and low-income earners. They may not have government identification or do not get off to apply for the required ID nor to vote on Election Day. The virtual patchwork quilt of laws that have been enacted across the United States has the potential to generate so much confusion that certain groups will not bother to vote this November. Such an untenable result is antithetical to a nation founded on the principles of liberty, justice, and freedom for all people.

It now falls to me and others who “hold these truths to be self-evident” to educate and equip single mothers, African Americans, and other disenfranchised groups to bring their collective voices to the table by exercising the right to vote. Though daunting and at times discouraging, this critical work continues. To state it in words of Bernice Johnson Reagon of “Sweet Honey and the Rock”: “We who believe in freedom cannot rest.”

Stephanie Mitchell Hughes is an attorney, writer, and speaker. Stephanie shared her story at TedxColumbus and This Is My Brave. Her work also appears in a number of online and print publications including The Huffington Post, The Mighty, Medium.com, The Good Men Project, and mariashriver.com. Stephanie also serves as a Parent Ambassador for Ascend at The Aspen Institute.  Follow Stephanie on Twitter @srmhughes