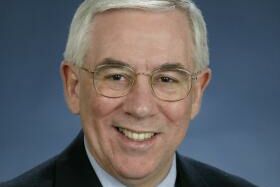 American presidents are elected by a majority vote of the Electoral College, in which each state is allocated electors based on the number of Senators and Representatives in each of the 50 states plus three in the District of Columbia (DC), the nation’s capital city.  The electoral votes for each go to the candidate who finishes first in their popular vote, except in Maine and Nebraska which select electors from congressional districts.  Although electors can vote for any candidate they wish, it is very rare for any of them to fail to vote for their state’s (or congressional district’s) winner.  There are 538 electoral votes in total (100 Senators + 435 Representatives + 3 in DC), and the winner must receive at least 270 of them.

Because of the varied distribution of Democrats, Republicans, and so-called independents across these constituencies, most have not been competitive in recent presidential elections.  By most accounts, the Democratic candidate enjoys an advantage in these “safe” so-called blue (Democratic) or red (Republican) constituencies: 188 to 165. The winner of the election, instead, is determined by the outcome in about a dozen “battleground (or swing) states.”  The candidates concentrate their campaign resources on these states, virtually ignoring the others – by not spending campaign funds there or visiting them.  The battleground states in 2016 are the familiar ones: Colorado, Florida, Iowa, Maine, Michigan, Nevada, New Hampshire, North Carolina, Ohio, Pennsylvania, Virginia, and Wisconsin. A few other states occasionally appear to be competitive (Arizona and Georgia this year), but it is in the dozen consistently-battleground states where the election usually is won or lost.

Ohio has consistently been one of these battleground states.  With 18 electoral votes, only Florida (29 electoral votes) and Pennsylvania (20) among the dozen are larger.  Presidential elections have been highly competitive in Ohio in recent years: Obama won over Romney by 50.7 to 47.7 percent in 2012, and the major party differences ranged from 2.1 to 4.6 percent in the preceding three presidential contests.   Presidential campaigning has been heavy in Ohio in recent elections; its media markets are among the nation’s leaders in spending on television advertising, and it features numerous candidate visits and well-staffed campaign organizations.  Historically, no Republican has won the White House without winning Ohio, and the state’s winner has almost always gone on to win the presidency.  In this respect, Ohio can be thought of as a “bellwether” (or “barometer”) state as well – a state whose voting result parallels the national result.  Its position as both battleground and bellwether also is a reflection of its demographics:  It comes close to the nation’s averages in elderly and young voters and in African-Americans, and it has a good mix of large cities and their suburbs, rural areas, and small towns.  Where Ohio is different is that its percentage of minorities falls well short of the average nationwide and in many other states, because of small numbers of Hispanics, Asians, and other racial/ethnic minority groups who live there.  Ohio also has a somewhat lower percentage of its population with college degrees than the national average and many other states.  Both of these differences are important in understanding why Ohio has been more favorable to Trump than most other battleground states in recent polling.

In the 2016 contest, Ohio again is a battleground state.  The “trial heat” polls between Clinton and Trump showed an early Clinton lead, then a Trump lead in September, with a slight turn to Clinton in early October which grew after the second presidential debate.  Both candidates are running TV ads in Ohio, though more for Clinton to date than for Trump.  Clinton enjoys a considerable advantage in campaign staff, both in the number of field offices across the state and volunteers on the ground.  But the Trump campaign is calculating in Ohio and elsewhere that they do not need such a strong “ground game” and can rely on his visibility and candidate appeal to counter Clinton’s campaign resource advantages.  Normally, the state party organizations devote their efforts to assisting the presidential candidates.  In Ohio this year, however, the powerful state Republican organization is not showing its usual level of cooperation, in part because Ohio’s Republican Governor has refused to endorse Trump.    Presidential campaigns have invested heavily in battle-ground-state television advertising and ground game canvassing in recent years.  The Trump campaign’s relative underinvestment in these areas will be an interesting test of how important they are.

The Ohio electorate can be viewed from two perspectives – its geographical regions and the characteristics of its state-wide electorate.

Geographically, Ohio is conventionally thought of as having 6 different regions, comprised of counties generally clustered in the same media market.

Central Ohio is expected to continue its Democratic voting in 2016.  The main battlegrounds are Northeast and Northwest Ohio, where Clinton faces defections from traditionally-Democrats working class whites (attracted to Trump’s positions on free trade and immigration, which many blame for their economic problems).  The Southeast is Trump country, expected to vote heavily in his favor.  The other regions are expected to exhibit their familiar patterns.

Several voter groups are emerging as particularly important in 2016.

There are other groups in the electorate of course whose behavior will matter for the 2016 presidential outcome, but these are the main ones to watch as we move towards the election on November 8.

Overall, before the weekend of October 8-10, I expected the election in Ohio to be very close, with the key being whether the Clinton campaign, in the absence of much Trump ground game activity, can get its supporters to the polls in an electorate in which only about 60 percent of eligible voters will likely participate.  The events over the October 8-10 weekend (tapes of Trump claiming sexual improprieties with women, Republican leaders deserting him because of them, a presidential debate in which he attacked Clinton for her husband’s infidelities and threatened to jail her if he became president), however, seem to have changed the dynamics in Clinton’s favor.  Barring unforeseen events in the next thirty days, in an election cycle with many surprises, it appears that Ohio will remain Democratic at the presidential level.

Paul Beck was Distinguished Professor of Social and Behavioral Science and Professor of Political Science with courtesy professor appointments in the School of Communication and Department of Sociology at Ohio State. He publishes articles on political parties, voting behavior, and public opinion in leading disciplinary and interdisciplinary scientific journals. Currently, Beck is co-director of the Comparative National Elections Project (CNEP), which conducts election surveys across the democratic world focusing on topics like use of mass media in the elections, political information from associations, attitudes towards democracy, integrity of the electoral progress, or the voting behavior in most recent elections. Beck is a regular commentator on American politics for a variety of international, national, and local media.