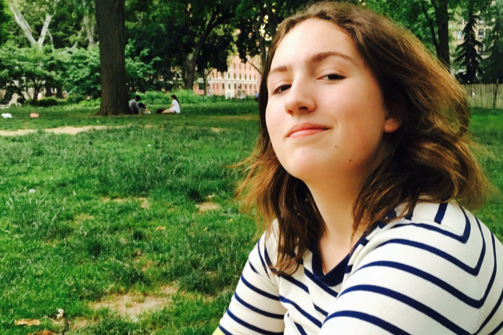 The FES Spotlight Elections is a series that presents short opinion pieces on social and economic policy topics that are playing a role in the debates and campaigns leading up to the U.S. Presidential elections of 2016. By presenting views from authors from the African American and Latino communities, from female authors, labor representatives and young people, as well as members of the LBGT community, from religious groups, and the working poor, the series aims to offer a voice to segments of the U.S. population and shed light on policy issues that do not get adequate coverage in the mainstream media.

Perhaps the most pressing for teenagers like myself is "student debt". These two words seem simple but they actually hold a tremendous amount of power over how we live the rest of our lives, from the moment we receive our high school diploma.

According to the College Board of America, the average cost of college tuition at a private institution is $32,405; with out-of-state public universities at $23,893 and average instate tuition at just below $10,000. From every perspective, college is an expensive ordeal. Thus, many ambitious students will turn to student loans and graduate tens of thousands of dollars in debt. This debt will prove to challenge students for the rest of their lives, as it cuts in to money they could use to buy a home or establish a 401(K), among other things. As a generation, we will have to work well into our seventies and eighties, an age by which our parents will have steadily settled into retirement.

Needless to say, this factor places huge limits on ‘Millennials’ and ‘Generation Z’, as we will have to make choices about the quality of education we receive versus the cost. A friend of mine revealed that she had to down the prestigious university of Michigan for the less expensive University of Maryland. Another had to forgo graduate school, as she was so in debt from college that it was simply not a financial option. It is no surprise that the news of Germany’s abolishment of college tuition fees had us frustrated.

Thus, as college tuition is being addressed around the world, it has played a huge role in the 2016 election cycle. When Bernie Sanders declared that he would make public universities free, the country was up in arms, while Millennials found an answer to their debtor prayers. Hillary Clinton has taken a similar if not more moderate stance to Sanders, claiming in her “New College Compact” that students should be able to refinance their loans at lower rates. In addition, states – with grants from the government – would work with their public colleges to make tuition less expensive, as well as allow students to pay for college with small, income-based checks. Further, community college would be made tuition-free. Even Republican front-runner Donald Trump has expressed that the student loan industry is a “terrible profit center” in an interview with The Hill in July, but he has yet to offer a solution.

Nevertheless, as the class of 2016 was announced to be the most indebted college class in history, it becomes more apparent that action needs to be taken to curb student debt and support the struggling graduates. While Bernie Sanders’ plan has been criticized for being unrealistic, it is the only one that really ends the Millennial’s struggle to get an education as well as remain debt free. Clinton’s plan provides more relief for students than we currently have, but, according to her campaign website, this plan will take ten years to implement, and Millenials simply do not have that kind of time. Further, if Hillary’s plan takes ten years, how long will Americans have to wait until college can become tuition-free, just as for most of our European counterparts? However, given that Donald Trump has yet to specify his plan for making college more affordable, Hillary Clinton provides the best option to appeal to young voters in 2016.

It is almost funny to Millennials such as myself that as much as the issues facing America and the 2016 election cycle divide us, we are united by this issue of student debt. Across the country and across religion, nationality, and socioeconomic class, we face the common issue of debt, and are looking to our government for answers. As my friend declared, are we “destined to fail”? So, as a new President takes office in January of 2017, hopefully they heed the Millennial call.

Hannah Zimmerman is the youngest member of the 2016 Democratic National Convention delegation, serving on the credentials committee at sixteen years old. She currently serves as the founder and president of the “High School Progressives of America,” an organization for leftist high school students.