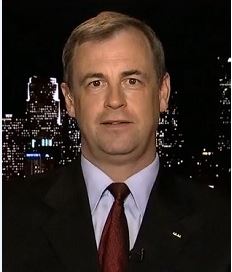 Understanding the rise of Donald Trump requires an understanding of America’s unique political culture, a political culture that is very different from that of Europe in general and that of Germany in particular. It is easy to try to place the rise of Trump in unrelated contexts and to try to wedge it into paradigms that may make the observer more comfortable, but this provides little insight into the reality behind this important phenomenon.

The rise of Donald Trump is not a fascist phenomenon, nor is it conservative in the American sense. Rather Trump, along with the rise of defeated Democrat nominee and self-described Democratic Socialist Bernie Sanders, represents a power shift among the coalitions making up the American political parties. These two movements represent the rise of Americans who feel that they have been voiceless and subject to rule by a self-dealing, dishonest, and corrupt elite that controls the narrative through lies, ignores their concerns, and holds them in contempt.

To understand Trump, you need to first understand the structural forces at play. American political culture has only a passing resemblance to that of Germany; the nations have very different histories, a very different ethnic makeup, and very different constitutions. America is a two-party state, and Trump is a disruption of one of them. Third parties exist, but as a practical matter, the design of the American founding fathers via the constitution effectively requires two large political parties that encompass wide ranges from right to left within America’s generally narrow political spectrum. While Europe has far right, even fascist parties, America places them outside the tolerated boundaries. You won’t find significant fascist movements. Similarly, true socialists are too far outside the mainstream to generally be taken seriously – what Bernie Sanders supporters call “democratic socialism” is less doctrinaire Marxism than a more progressive expression of the normal center left spectrum. Most elections end up being fought over the narrow center of the political spectrum.

That understood, the clearest expression for the coalition-backing Trump is within the Republicans, the party of the right, yet he also draws from the Democrat coalition. Trump embodies nationalism – a term which does not have the odious connotations in the United States that it does in Germany – and a demand for law and order in contrast to the left, which tends to offer excuses and explanations for criminality and to express reservations about aggressive law enforcement. He embraces the uniquely American belief in the right to keep personal weapons, a powerful cultural symbol of the conflict between the self-described elites and traditional, working Americans (The importance of the guns issue can hardly be overstated; it is an issue where a misguided attempt to disarm citizens could result in violent civil conflict).

Perhaps most important, Trump represents both a repudiation of the liberal demands for conformity of thought, often lumped generally under the label “political correctness,” and a rejection of the “rigged system” that sees one set of laws for the elite and another for regular citizens. “Political correctness” had successfully stifled free discussion of the costs of both legal and illegal immigration. Complaints about the loss of jobs, about terrible crimes committed by immigrants who should have been deported, and about the government refusing to enforce duly enacted laws were silenced with blanket assertions of racism. At the same time, rampant corruption among those connected to the liberal establishment – most shockingly with Hillary Clinton being cleared of charges of misusing classified material when the same facts would have doubtlessly led to the imprisonment of unconnected Americans – opened a path for Trump. This was especially disruptive because so many Republican politicians, while ideologically conservative, culturally identified with prosperous coastal, urban elites over the suffering citizens of “flyover” America and tried to enforce the same “political correctness.”

But Trump is no traditional American conservative. He defies much of what the Republican Party had stood for in recent decades. He brought to the surface previously marginalized views within the party. The Republican Party had defined itself with free trade, but in doing so ignored many of its constituents who have seen their solid, working class manufacturing jobs moved overseas. While the Republican (and Democrat) elite pointed to net gains from free trade, the very real negative effects on working class Americans were ignored. Trump has also bypassed many of the traditional Grand Old Party’s social issues, like gay marriage and abortion, while still winning the support of the vital evangelical Christian component of the Republican coalition.

Finally, while aggressively honoring America’s military and veterans, he has turned traditional Republican hawkishness on its head. He still embraces the general consensus that America must remain militarily unchallenged, but he rejects the unlimited use of American power. The non-elite Americans who make up the military have suffered greatly in wars they see as perfectly justifiable morally, but which were fought without a commitment to victory and therefore led to an inexcusable waste of soldiers’ lives.

Furthermore, Trump has given voice to the feeling that those America has fought to free – and keep free – are ungrateful and unwilling to shoulder the burden of their own defense. His recent heresy on NATO’s Article 5 was not based upon a misunderstanding of America’s treaty obligations but upon the widespread feeling that America’s allies have had a free ride on America’s largesse, and that this must end. Having served in the U.S. Army in Germany in the Cold War, I understood my mission in case of a hot conflict would have been to kill Russians until either the reserves arrived or I died, and this was fine – I knew a large and powerful Bundeswehr would be fighting by my side. But today, Germany and Europe have allowed their militaries to wither into near uselessness. Trump embodies the question on many Americans’ minds – if the Germans don’t think defending Germany is worth German money and lives, why is it worth American money and lives?

Trump’s rise is often falsely attributed to convenient explanations like racism or ignorance or some alleged deep-seated American desire for an authoritarian leader. But these explanations ignore the facts and instead cater to the observers’ prejudices and preferences. It is much easier to dismiss as mere racism the complex and very real issues of immigration and its consequences – consequences that are experienced very differently by the elite, which unreservedly benefits from immigration, and by the rest of the country that pays the price in crime and social disruption.

That the media, an elite institution, either ignores or misrepresents the concerns of those who now support Trump increases their frustration. Belittled and ignored, Trump’s supporters had until now been prevented from having their concerns considered and acted upon by the political elite via legitimate channels. The insurgent Trump reflects a semi-legitimate channel – he (like Bernie Sanders) is, for now, still operating within the traditional party structure. But regardless, Trump’s supporters are no longer going to be silent. If their voices are not heard in 2016, their next champion may rise entirely outside of legitimate channels. And then the American political paradigm will truly shift.

Kurt Schlichter is a conservative columnist, an attorney, and a retired U.S. Army colonel.