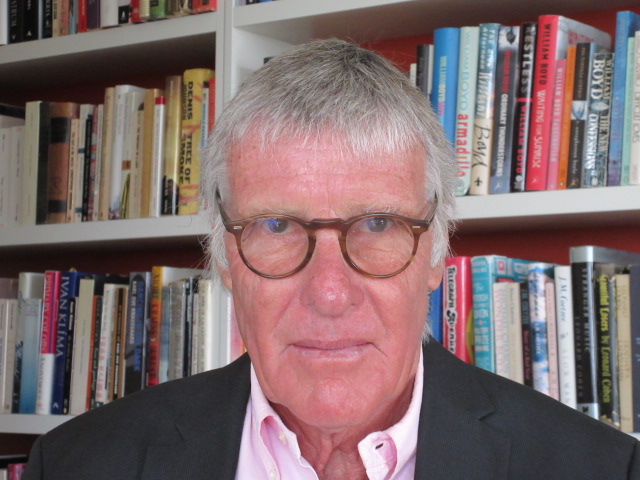 How does the 2016 US election look to Canadians? The short answer is that its ghastly politics sharpen the Canadian sense of being again the “other North Americans,” increasingly inhabiting a different, more positive, political culture.

Close polls make Canadians nervous about the outcome. The overwhelming importance of the US to Canada is imposed by geography, accounting for 75% of our exports. Canadians need a US partner who is predictable and committed to a cooperative relationship. Donald Trump seems neither.

The wider issue is that the stark deterioration in civility in US politics, and the abandonment by many Americans of consensus evidence-based decision making, differentiate us as peoples.

Trump supporters may remain a minority, but even so, it is a large minority whose resentments are a harsh challenge to the more inclusive, tolerant, political culture Canadians believe is theirs.

Not all Canadians are immune to dark and resentful populism of the kind Trump excites and exploits. Canada’s largest city, Toronto, recently had a crack-smoking mayor, Rob Ford, whose behavior was as obnoxious as Trump’s, though electing a mayor is something of a local protest vote.

Canadian historian Robert Bothwell points out in his book Your Country, My Country, “there is no idea, good or bad, that pops up in the United States that will not find disciples in Canada…… But it is seldom found in the same proportions, and it frequently occurs at different times.”

In the long run, that is probably true. But the divergence in political cultures has never been this great.

Typically favouring socially more empathetic Democrats, Canadians prefer them over Republicans by 63% to 17%. Presidents Kennedy and Clinton were especially popular, but Barack Obama outdoes them both, reflecting a Canadian comfort level with his policy instincts. Lyndon Johnson resented Canada’s questioning of the Vietnam War but earned admiration for his landmark initiatives on racial justice, immigration, and the Great Society.

Canadians also got along well with Republicans  – notably presidents Eisenhower, Ford, and especially George H.W. Bush. Ronald Reagan embraced a strong relationship with Canada but his anti-government philosophy and Cold War rhetoric (until he moved to find common ground with Gorbachev) unsettled Canadians who are always jarred by assertive US exceptionalism. Still, they were all good cross-border friends.

They also operated in a spirit of bipartisan consensus. Canadians are uncomfortable when US society is in open partisan hostility as it is today. They see it breaking down between Democrats who have essentially not changed their policies on bedrock issues like the environment, welfare or the role of government (which mirror those of Canadians), and Republicans who a generation or two ago shared those supportive positions but who have in recent years moved to antipathetic right-wing positions.

Conservative-leaning Canadians respect the need for consensus and downplay volatile social issues like abortion, same-sex marriage, and religion, as well, of course, as guns. For US Republicans today, these issues are fundamental tests of party loyalty. Partisan gerrymandering of congressional districts and virtually unlimited amounts of money from various wealthy and special-interest allies reinforce hard-line influence.

Other partisan features worry Canadians (as well as those Republicans who still dare to identify as moderates). Trump’s jingoistic and aggressive nativism about US rights in the world are alarming, both for world peace, and for the conduct of affairs in the neighbourhood. When he brays he’ll “tear up the NAFTA Treaty,” under which we have integrated into a supply-chain economy with the US, Canadians recoil.

They shuddered at the GOP nominee’s slurs about Mexicans and Muslims, and despair at his coded language of racial hostility to the first Afro-American President.

We are horrified at widespread discounting of factual evidence. Evangelical Republicans have long denied evolution. Even mainstream Republicans deny the evidence of man-made climate change, 45% refusing to accept as fact July was the warmest month in recorded meteorological history.

Polls reveal 2/3 of Trump supporters believe President Obama is a Muslim, and 1/2 that he wasn’t born in the US (a charge propelled by Trump’s personal vilification campaign during Obama’s first term). 74% say they believe Hillary Clinton should go to jail.

Not only “elitists” are jarred to learn that the core of Trump’s support is from elderly white low-income males without post-secondary education. (“We LOVE the poorly-educated!” he trumpeted.)

The whole sorry picture undermines Canadian confidence in the US overall. Canadians know there are at least a hundred million Americans who are equally repelled, just as Canadians knew that their opposition to the wars in Vietnam and Iraq was nothing in numbers compared to US opposition that eventually included most Americans. But still, how has the US come to this disgraceful point in its political history?

In this unpredictable world, reality’s surprises can make fiction writing and drama appear pallid. But Philip Roth wrote an eerily anticipatory novel about the imaginary election in 1940 of a racist and isolationist populist, Charles Lindbergh, over Franklin Roosevelt (The Plot Against America, 2004). He showed how Americans under economic stress could lurch en masse to back a sloganeering saviour (also with an airplane) who pitched “America First!” and attacked ethnic scapegoats. In Roth’s novel, Canada was depicted as a place of refuge for Americans fleeing intolerance, poised for cross-border hostilities. Fortunately, Roth’s America righted itself.

Will America right itself now?

Hillary Clinton’s win would reassure, though she doesn’t inspire Canadians much. Bernie Sanders was right about the blatant unfairness of the US model today that Clinton too often accepted as normal.

Canadians know we need to shore up our necessary certainties. Justin Trudeau made a re-set of the US relationship his top foreign priority, and with President Obama the partnership works. A Clinton administration could also be a positive partner in the strengthening of the North American neighbourhood with Mexico that would improve our joint positions in a more competitive and fractured and arguably dangerous world. We need continental solutions to over-arching trans-border challenges such as the energy/climate swirl, and infrastructure, in part to be exemplary first-movers internationally.

We also emphatically need the hedging certainty of strong relationships elsewhere. In 1971, President Nixon (with whom we did not get along well) took abrupt unilateral economic decisions that put our assumptions of cross-border shared prosperity at risk. To reduce our vulnerability, Canada entered an extended phase of economic nation-building. We sought then to secure and grow our next biggest economic relationship, with the European Community.

That effort, begun in 1972, is only now reaching a conclusion with the Comprehensive Economic and Trade Agreement with the EU (CETA) that is on Europe’s agenda today. Contrary to anti-globalist charges, CETA defers to national legislation and prerogatives.

Whoever wins in the US in November, Canada will seek certainty from a politically polarized Washington. We shall deepen EU ties, and re-set the very important relationship with China. We shall also try mightily to preserve intact our sunny, inclusive, and optimistic ways.

Jeremy Kinsman was a Canadian diplomat, serving as Minister in Washington, Ambassador in Moscow, Rome, and Brussels (EU) and as High Commissioner in London. Since 2006, he has been Diplomat in Residence at Princeton University before appointment as Regent’s Lecturer at the University of California, Berkeley and Distinguished Visiting Diplomat at Ryerson University, Toronto.