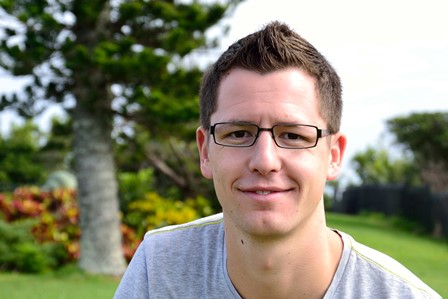 After voting for the first African-American president eight years ago, the U.S. made history again on November 8, 2016 – for many in a much less positive way. Many Americans and people from all over the world are still shocked and paralyzed about the election outcome. It is even more shocking considering Hillary Clinton won the popular vote. Journalists and commentators have begun saying and writing about what the new Administration means for the political agenda of the United States, its relationship to allies all over the world, and the political legacy of President Barack Obama. However, Donald Trump seems to clearly be unpredictable. While we should not claim this to be the end of the world, we should also not play down the extreme positions and dark tone upon which Donald Trump ran his campaign. The only unquestionable outcome of this election is the deep split and serious disagreement within the U.S. society.

The recent presidential race, Trump’s candidacy, and his success brought to light conflicts and a disruption in the American society that can and should not be ignored, underestimated, or postponed by what Americans call peaceful transition of power. It is not time to sit back, relax and self-adulate – not even for the winning party. Trump and his wide-ranging support brought to light a part of the American population that feels left behind and not represented by politicians any longer. They fear the changes within the society, the ethnical composition of the U.S. population, and the effects of globalization. Some of them no longer even identify with the American Dream, one of the foundations upon which the country and its society are based. In short, they are afraid of losing what they feel to be their American identity.

Both major political parties have to find answers to the current challenges and should not leave the field to populists like Donald Trump. For the Democrats, the greatest challenge in the following years may be to win back young voters. These voters hope for political change and are in large parts open to progressive politics. Student debt, paid maternity leave, reasonable sick leave policies, access to comprehensive and affordable health care: Such issues reach the top of the political agenda and need to be answered. Bernie Sanders gave the Democratic Party a shake, woke it up and pushed Clinton to the left. However, it didn’t help. Clinton could not sufficiently convince voters that she stands for these issues. Instead, Trump again and again repeated to question why she did not do all this while being in office for so many years, which resonated with voters.

For the Republicans, their victory will probably hide the party’s actual challenges. The candidacy of Donald Trump, his openly displayed hatred, his racist and misogynistic attitudes, his being straight forward and saying just what average Americans may think, forced the Republican Party to its knees. Former Presidents George H. W. Bush and George W. Bush did not join the Republican National Convention in July and Trump insulted the former presidential nominee and long-serving Senator John McCain about his war imprisonment in Vietnam, while the Republican Party watched rather helplessly. This is a statement about the condition of the Republican Party. The election outcome does not change that. They need to come up with new ideas of what it means to be a U.S. conservative party and to integrate white middle class Americans who agree with Donald Trump on the corrupt political elites engulfing Washington DC. This is especially difficult as Trump and his campaign claimed the Republican Party to be part of the problem.

Furthermore, the Republicans have to find and define its own ethics in politics. Proclaiming at Republican campaign rallies that Hillary Clinton should go to jail, that the election is rigged, and even calling the media “Luegenpresse” (lying press) – an expression German Nazis used in their propaganda against the Jews and communists – the recent campaign led to a substantial deterioration of the political discussion. A major American political party should not tolerate or accept that kind of rhetoric within its own ranks.

Trump won this election by doing what populists usually do: telling the people that he understands them, telling them what they want to hear, and bashing politicians and the political elite. However, calling his voters “angry white men”, “dumb” or “frustrated” is too simple. In all social classes there are people who worry about the future and feel unrepresented by politicians. Hillary Clinton is the most recent example of what happens when you dismiss these voters. Calling them a “basket of deplorables” showed that policy makers seem to have lost the connection to increasingly large parts of the population. The presidential race and the election outcome indicate that this society, its democracy, its political and social system are in an alarming disarray. However, this seems not to be a solely American problem or phenomenon. There are similarities to European countries like France, Great Britain, the Netherlands, Sweden, Austria, Slovakia, Poland, Hungary, Greece, and even Germany with its growing influence of the right-wing party Alternative für Deutschland. They also experience a deterioration of the political debate, the coarsening of the society, and the frightening increase of a population share that feels left behind. Right-wing populists all over the world celebrate Trump’s victory and see their stances verified. The U.S. is just a prominent example for what other Western industrialized countries face, too, and the election outcome in the U.S. should – once again – be a clarion call for democrats all over the world.

Donald Trump has allowed open hatred to be socially acceptable. It is worrisome to find half the American people tolerating, accepting, and support his behavior. The same holds true for other Western societies, whose right-wing parties try to copy Trump’s strategy. Discussions with people who are susceptible to right-wing populism can be exhausting. They often cannot be reached with what we call a rational argument at all. However, writing them off and judging them as being ridiculous or stupid is the wrong answer – for politicians and for the society as a whole. Such a capitulation leads to even more dissatisfaction and an ongoing deterioration of the society. It is important to identify the roots of the dissatisfaction. One of the most important parts of the answer may be just to listen; to listen to their worries and needs, taking them seriously and not to dismiss them. In the U.S. this may become even more important as Trump’s voters might slowly realize that he alone cannot fix their problems, but his divisive policies will leave them further behind.

Philipp Baudy is a doctoral student in labor economics at the University of Hohenheim, Stuttgart, Germany. His PhD thesis is entitled “Essays on the Impact of Temporary Agency Employment on Trade Unions’ Behaviour”. Mr. Baudy holds a PhD scholarship of the Friedrich-Ebert-Stiftung.