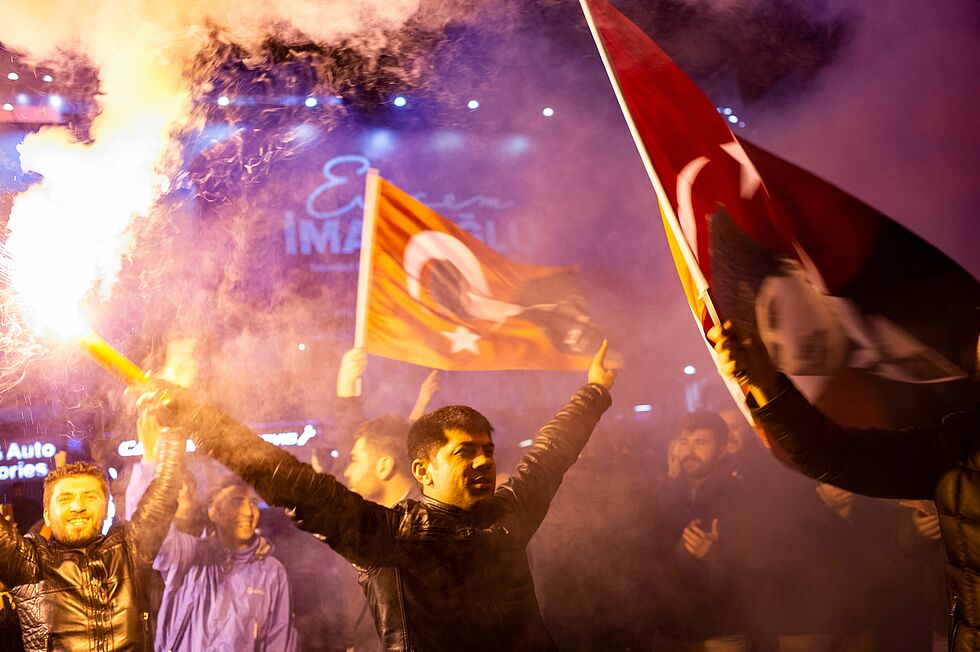 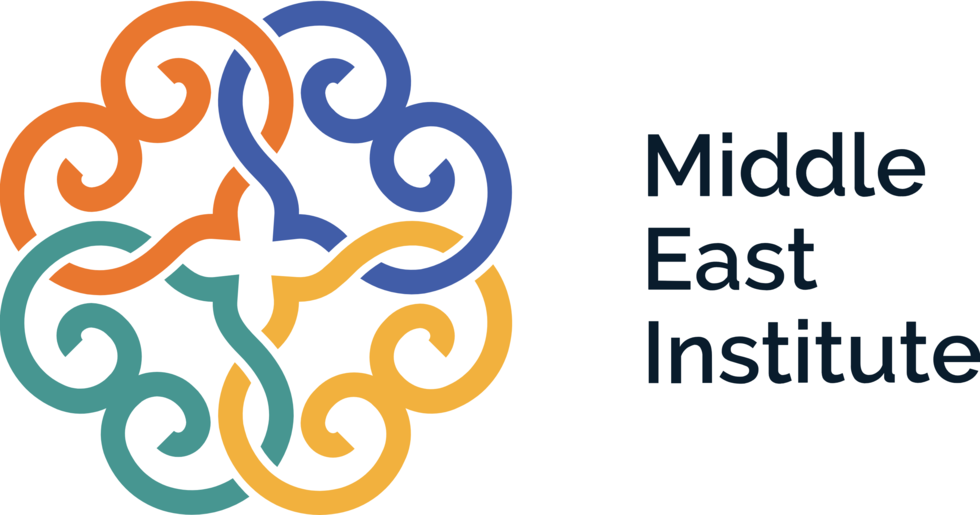 The 10th Annual Turkey Conference – a joint project of the Middle East Institute and the FES – was held on December 4, 2019 in Washington, DC. As in previous years, the event convened policymakers, journalists, experts, and artists to discuss the challenges Turkey faces domestically, its relations with regional neighbors in the Middle East, and is relations with the West. Gönül Tol, Director of the Center for Turkish Studies at the MEI and Knut Dethlefsen, Representative to the U.S. and Canada, FES welcomed numerous guests, including Dr. Nils Schmid, Member of the Foreign Affairs Committee in the German Bundestag and a full audience featuring students, scholars, journalists, and educators. The proceedings of the conference can be viewed here .

“…Rather than making a king, we took the crown off of one, and ran off with it.”

The first panel of the day dealt with the dynamics of Turkey’s domestic politics, with a focus on the most recent local elections in Istanbul and the electoral losses of the AKP – the party of President Recep Tayyip Erdoğan. The discussants were Ruşen Çakır, (Journalist, Medyascope),Aykan Erdemir (Senior Fellow, Foundation for Defense of Democracies); Fehmi Koru (freelance journalist), and Giran Özcan (Washington representative, People’s Democratic Party/ HDP). Outlining their individual interpretations of the last decade of domestic political events in Turkey, the panel highlighted several crucial developments in ten years of change from general political and cultural shifts towards religious conservatism, to the major inflection point of the Gezi park protests in 2013. Çakır summarized: “Erdoğan replaced freedom with security, talking about the challenges arising from terrorism. The Gulenist movement gave him a pretext to [exercise increasing power]. But for the last three or four years, I’d say he was losing, but nobody [else] was winning.”  Erdemir spoke of the unintended consequences of policymaking: “What laid the groundwork for the 2019 victory of the opposition is actually the odd alliance between the far-right or ultra nationalist MHP (Nationalist Action Party) and the ruling AKP, because if it weren’t for their design for assembling electoral alliances, the opposition would not have had the institutional framework to put together formal alliances. Why did Erdogan allow this policy? To ensure the alliance between the MHP and AKP. But once you present yourself with a legal-institutional framework, others could take advantage of it.” Among these opposition parties that could positively take advantage of this policy change was the People’s Democratic Party (HDP), which Giran Özcan described “[that] once we were able to mobilize our base… we were able to deal Erdoğan a defeat. In the run-up to the election, there was a lot of discussion about whether the Kurds and the HDP would be ‘king-makers’, and I never liked that term. Rather than making a king, we took the crown off of one, and ran off with it.”

“…We can’t forget that Turkey is well-embedded in Euro-Atlantic structures… We should not perceive Turkey only through the lens of the president and his policies.”

Dr. Nils Schmid, Member of the Foreign Affairs Committee in the German Bundestag, delivered the keynote following the first panel. Dr. Schmid outlined three points illustrating the decline of Erdogan’s power: the economic crisis, the dysfunctional presidential system, and the unraveling of the AKP.  “We can’t forget that Turkey is well-embedded in Euro-Atlantic structures. We should not give up on Turkey, and we should preserve these structures. That means NATO membership, customs union, and EU accession talks. We should not terminate any of these, because there is a Turkey beyond Erdoğan. We should not perceive Turkey only through the lens of the president and his policies.”

In the subsequent discussion moderated by Ambassador (ret.) Gerald Feierstein (Senior Vice President, MEI), Dr. Schmid promoted the strong and historically deeply rooted ties between Turkey and Europe, that persist despite the Erdoğan administration. “I try to mend fences, and I’d like to see more progress made from the Turkish side. There is not much understanding within government circles for domestic reform – rule of law and freedom of the press – instead, they continue to attack journalists.” Schmid also discussed NATO, arguing that he believes “there is still strong Turkish support for NATO.” With respect to the conflict in northern Syria and the military intervention of the Erdoğan administration, Dr. Schmid emphasized the need for a political solution and framework in the region in order to solve the ongoing conflict. He added that the incursion of Turkish troops across the border into Syria should not be legitimized. Looking towards EU membership, Dr. Schmid maintained that suspending the talks for future continuation under a future Turkish government would be an incentive for future democratic governments. The existing customs union between the EU and Turkey could be updated and broadened for graduated degrees of integration.

“…The classical terms of economics and politics do not work for our generation.”

The second panel investigated the political potential of art; on the opportunities, modes, relevance, and power of art in an authoritarian regime. On the panel were Sarp Palaur (director and musician),Kenan Sharpe (Founder & Co-Editor, Blind Field: A Journal of Cultural Inquiry), and Ayşe Öncü(Professor in the Department of Sociology, Sabancı University). Lisel Hintz (Assistant Professor of international relations at John Hopkins SAIS) moderated the panel. Discussion began with Sarp Palaur’s music video “I can’t stay silent”, released in 2018 and a subsequent viral sensation beyond Turkish borders on the internet. In collaboration with other rappers, he criticized not only domestic issues, but also called out global challenges, including climate change. Palaur uses his music as a platform for dissenting and socially concerned viewpoints and hopes that his music can change or emotionally touch people. Kenan Sharpe added an academic perspective on the origins of Turkish rap music in Germany and explained how other genres have also had a history of expressing dissenting and opposition opinions. The panel also discussed the role of women in Turkish society, and the opportunities for female artists. Professor Öncü introduced the most recent form of protest culture through independent theatre, well hidden in Istanbul’s arts scene, and executed by young active people: “independent initiatives [in the arts]… are highly heterogeneous, and they define themselves as political. The meaning of what constitutes ‘political’ in Turkey is among these initiatives, and is obviously subject to much dispute. On the ground, it often means opening up the realm of republican nationalist narratives, to accounts of political violence, to accounts of dispossession. In the field, they open themselves to questions of Armenian massacres, questions of Kurdish insurgency, and most of all, violence against women. These independent initiatives are a highly important domain.” Political economy and the consolidation of the media since the mid-19990s has radically changed the landscape for culture. Palaur noted the limits of empathy and action in art. “I think there is a limit to what music can do… I feel like my song somehow contributed to the polarization of the country, so I’m not optimistic. […] The classical terms of economics and politics do not work for our generation. The language does not represent us.”

“…this is diplomacy without diplomats.”

The final panel focused on foreign relations, with particular emphasis on Turkey between NATO and Russia. The panelists were Ivan Safranchuk (Associate Research Scholar & Lecturer, MacMillan Center for International and Area Studies, Yale University),Aydın Selcen (columnist, GazeteDuvar and DuvarEnglish),General (ret.) Joseph Votel, (Distinguished Senior Fellow on National Security, MEI),  andJim Zanotti (specialist, Middle Eastern Affairs, Congressional Research Service).Barbara Slavin, (Director of the Future of Iran Initiative at the Atlantic Council) moderated the panel.  Responding to Slavin’s first question – whether Turkey’s request for more S-400 missile systems from Russia is appropriate behavior for a NATO member – General Votel responded that “this is certainly not what we would expect from any NATO member, and it really exemplifies how far the universal values and interests that drove the member states to include Turkey in NATO are now diverging.” Turkey’s role as a NATO host – not only of ground troops but a command center “draws into question whether Turkey can be a reliable partner in the future.” The discussion also looked at U.S.-Turkish relations and the effect of Donald Trump’s election in 2016. Aydın Selcen characterized the relationship between Turkey and Russia, as well as the United States and Turkey. On the Turkish Russian relationship, Selcen suggested Erdogan was emulating Vladimir Putin’s leadership style – but that this was not necessarily a substantive relationship. “We fought with Russia eleven times and lost ten times. The one time we won was the Crimean war, and that was alongside Britain and France. The Paris conference of 1856 anchored Turkey – then the Ottoman Empire – in Europe as part of the family of European nations. …But there was always a kind of cooperation between Moscow and Ankara.” Citing the explanations offered by the current Turkish government for the choice to acquire S-400s, Selcen argued that the official positions offered came with political price-tags: the Turkey-U.S. relationship. “The foreign ministry is sidelined since the election of President Trump. Not only the foreign ministry, but everyone else beyond the two leaders is sidelined. This is diplomacy without diplomats. And until today, it worked.”