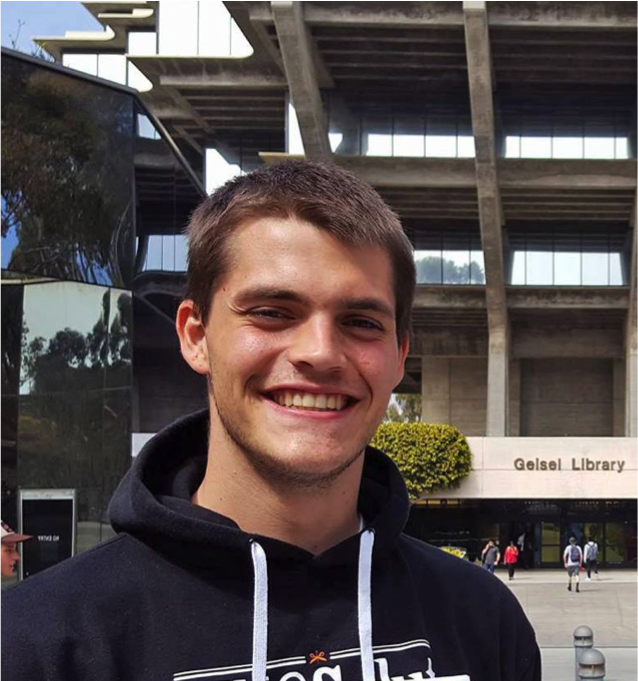 As the first 100 days of Donald Trump's presidency draw to a close, the Spotlight Series delivers critical assessments of the new administration from the point of view of the African American and Latino communities, female authors, young people, the LBGT community, experts, policy makers, and leaders of religious groups, among others. Our contributors offer in-depth analyses of social, economic, environmental, and foreign policies where possible, and evaluate developing data in areas such as race relations, governing institutions, and future elections.

"This is a 'hard power' budget. It is not a 'soft power' budget"
(Mick Mulvaney, director of the Office of Management and Budget)

When Donald Trump’s budgetary blueprint, called “America First,” was published on March 16, foreign aid stood in line with climate change engagement and the support of LGBTQ movements to be cut by a large extent. Although we can only guess the motives underlying the President’s proposal, it is clear that the reduction was not well thought out: The decision to cut foreign aid, which is a fundamental political instrument of American foreign policy, will inevitably undermine the United States’ ability to preserve its hegemonic status against China and frustrate important allies who could doubt the reliability of American prominence going forward.

In his campaign, Donald Trump made ambivalent comments on foreign aid. Firstly, he did not miss a chance to attack Obama’s soft power approach and made it clear that he would “stop sending foreign aid to countries that hate us” (June 2015). Instead, he promised to invest the money in America’s infrastructure and to support the American worker. Later on, he reversed himself by pointing out that the United States has always been a “humanitarian nation” and emphasized the need to prevent countries from becoming unstable. Although few people expected Trump not to cut foreign aid, it was, and is, unclear to what degree the new President perceived this instrument as useful and appropriate for his own foreign policy strategy.

Within the first 100 days of his presidency it has become unambiguous what role foreign aid is going to play in the future of U.S. foreign policy: a limited one. Characterizing the blueprint as a “public safety and national security budget,” Trump breaks with the U.S. American foreign assistance of the last two decades that, since the “Foreign Affairs and Restructuring Act” of 1998 and the reaction to the 9/11 attacks, has shown a positive trend and has been perceived as a central pillar of foreign policy. With a reduction of 28 percent, the budget of the State Department and USAID, including development and diplomatic activities, would dramatically shrink to $25.6 billion. According to the blueprint, foreign assistance needs to be restructured and refocused on countries that have a specific strategic importance for the USA. As the introductory statement of the proposal points out, Trump aims to “reprioritize Federal spending so that it advances the safety and security of the American people.” As this “America first” concept of the Trump administration comes with a $54 billion increase in defense spending, soft power expenditures such as foreign assistance, that count for less than 1 percent in the federal budget, will be thrown back to the 90’s levels, the decade when foreign aid was the lowest since WW2.

The reactions to Trump’s plan to cut foreign aid occurred immediately. Not only Democrats and NGO’s, but also congressional Republicans severely criticized the President over his proposal. It will be challenging for the 45th President to convince enough Republican members of Congress to agree to his dramatic budget reduction. They understand that providing foreign assistance to other countries is far more than being a good Samaritan. The reasons to support foreign aid as an instrument of foreign policy are as numerous as the uses of foreign aid are multifarious. They can range from moral duties to take humanitarian action, economic, diplomatic or security considerations, and additionally, they are also closely linked to domestic motives of members of Congress. For example, a congressman in Texas is unlikely to vote against foreign aid when voters in his district benefit from spending on agricultural foreign assistance, although his partisan ideology might differ. In the past, and especially during the Obama administration, many conservatives demanded to concentrate foreign aid toward national security purposes, but, simultaneously, highlighted the importance of foreign aid for America’s foreign policy. Senator Marco Rubio asserted in a tweet that “[f]oreign Aid is not charity. We must make sure it is well spent, but it is less than 1% of budget & critical to our national security.” It is plausible that not only Democrats will vote against the enormous cutback, and negotiations will bring slight adjustments in the budgetary plan. What will stay untouched is the ideological shift of the new Trump era that aims to decrease soft-power instruments such as foreign and economic aid and focuses, instead, on military power to guarantee national security.

Keeping in mind that foreign aid has not been more than a fraction of the federal budget, the President’s plan comes with several risks for the role of the United States in the world. In the past, foreign aid has always been an instrument to stabilize regions, develop potential allies, and strengthen influence.

Prioritizing military power ignores the necessity and importance of soft power instruments that include the development of economic, health, and educational systems in foreign countries. The complexity of the on-going crises in Afghanistan and Iraq demonstrate that military action alone cannot effectively decrease the threat of terrorism. In countries suffering from instability, evidence shows that extremist groups benefit from youth unemployment, corruption, poverty and bad governance. These social and governmental issues cannot be solved by military action - they demand foreign assistance built on multilateral cooperation with local NGO’s and international partners. Joseph Nye’s concept of “smart power,” the right combination of military power and other soft power instruments, is needed to guarantee security for the United States and the extant international system. It is said that foreign policy is built on three crucial pillars: “Defense, Diplomacy and Development.” Cutting two of the three will lead to asymmetrical relations and decrease the options available to the US to prevent future conflicts.

Is the US an unreliable partner?

The utilization of foreign aid seems to be concentrated on the singular aspect of national security. While defense spending will see a rise of $54 billion, many cutbacks have been proposed, especially in the support of humanitarian organizations such as the United Nations Population Fund (UNFPA), for which the President aims to stop all funding without a transition period. The United States, being the biggest donor in the world, has traditionally been perceived as a reliable and important partner in fighting poverty, underdevelopment, and instability. Especially for sub-Saharan countries, economic and humanitarian aid is needed to combat the issues of malaria, AIDS/HIV, famine, and infant mortality. Through the Millennium Challenge Cooperation, which was established under President George W. Bush, appreciable and visible progress was made in the aforementioned areas over the last decade. Reducing foreign aid will not only undermine the promising steps that have been made, it also affects the trust of partners as well as recipients that are disappointed by the volatile behavior of the Trump administration. NGO’s are forced to rethink their options and need to readjust the range of their activity. Simultaneously, Trump’s plan also sends a bad signal to American USAID workers, volunteers, and the national economy. It will be hard for America to project the image of a reliable and trustworthy partner, when it becomes strategically important.

Losing assets in the competition with China?

In an attempt to find alternative sources of funding, developing countries and local groups will turn away from the United States. Losing ties to these emerging countries undermines the hegemonic status of the United States. It is a fact that the competition of foreign aid donors has risen, and new players like China have already entered the market. Over the past two decades, China has used the “South-South” narrative predicated on the cooperation of non-Western countries and provided unconditional aid to developing nations. This trend has the potential to diminish the influence of Western values such as democracy and human rights on developing countries, which could take the promising Chinese development as a role model and introduce autocratic behavior.

What can be seen in the budgetary blueprint is the ideological change of foreign policy that has taken place since Trump was inaugurated. Judging from the new administration’s first 100 days, there is little doubt that the cards are stacked against soft power and military engagement is seen as the primary tool for solving problems. The proposal to cut foreign aid was a shock that upset not only close allies, partners, and NGO’s, but also developing countries. The decision to re-concentrate America’s strategy on defense and cut the pillars of diplomacy and development will inevitably produce unintended outcomes for Trump’s foreign policy. Once the US shrinks its engagement and cuts foreign aid, it might not be able to easily re-enter the stage of multilateral cooperation when it comes to security issues or finding common solutions for global challenges. NGO’s and foreign countries will, out of necessity, find alternatives and other donors (EU, China, South Africa) to fill the gap left by the United States.

If Trump’s plans are to fail, Congress needs to abandon partisanship. What is often forgotten amid partisan wrangling, is the fact that the biggest losers of such changes are the people living in the recipient countries of foreign aid suffering from decisions that abandon longstanding time-tested American foreign policy strategies.

Luca Messerschmidt is a student of Politics, Public Administration and International Relations at Zeppelin University in Germany. His research interests lie in the fields of international political economy, power politics, and foreign aid.