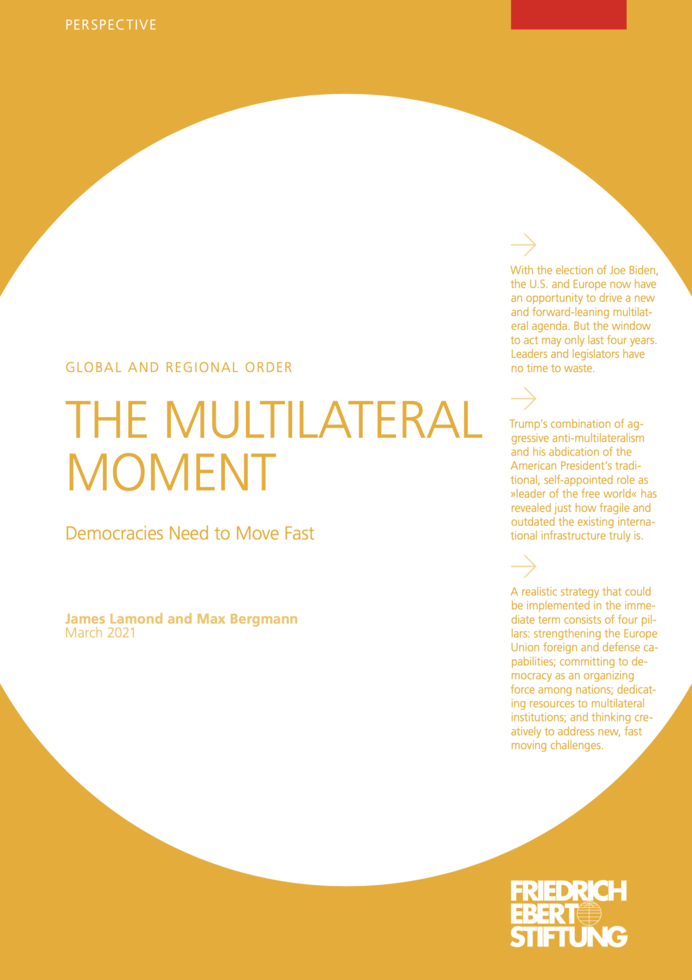 Donald Trump ran a dangerous foreign policy that was transactional and pro-authoritarian. It ignored human rights and liberal values that past U.S. president of both parties have proclaimed to be the champion of – albeit often imperfectly. It was also aggressively hostile to multilateral institutions and revealed the fragility of the current international infrastructure. If Trump had been re-elected, it’s unclear whether the alliance structure and institutions that allow for small states to matter without being beholden to great power patrons, and which preserves and expands liberal values and democracy would have survived.

While Donald Trump was defeated in November’s election, Trumpism remains a potent force in U.S. politics and will likely be the defining trend in conservative politics for the foreseeable future. In America’s two-party system, this means it is quite likely that another Trump-like figure could return to the White House. Trump’s foreign policy is likely to be one of the elements of Trumpism that a younger, conservative populist is likely to embrace. This is in part because anti-multilateralism has been a cornerstone of the conservative foreign policy agenda for decades, Trump just accelerated it and took it to new extremes.

With the election of Joe Biden, the U.S. and Europe now have an opportunity to drive a new and forward-leaning multi- lateral agenda. But the window to act may only last four years, there is little time to waste. A realistic agenda that could be implemented in the immediate term consists of four pillars: strengthening the European Union’s foreign and defense capabilities; committing to democracy as an organizing force among nations; dedicating resources to multilateral institutions; and thinking creatively to address new, fast-moving challenges.