An interview with Michael Vassiliadis, Chairman of the German Industrial Union for Mining, Chemicals and Energy (IG BCE) 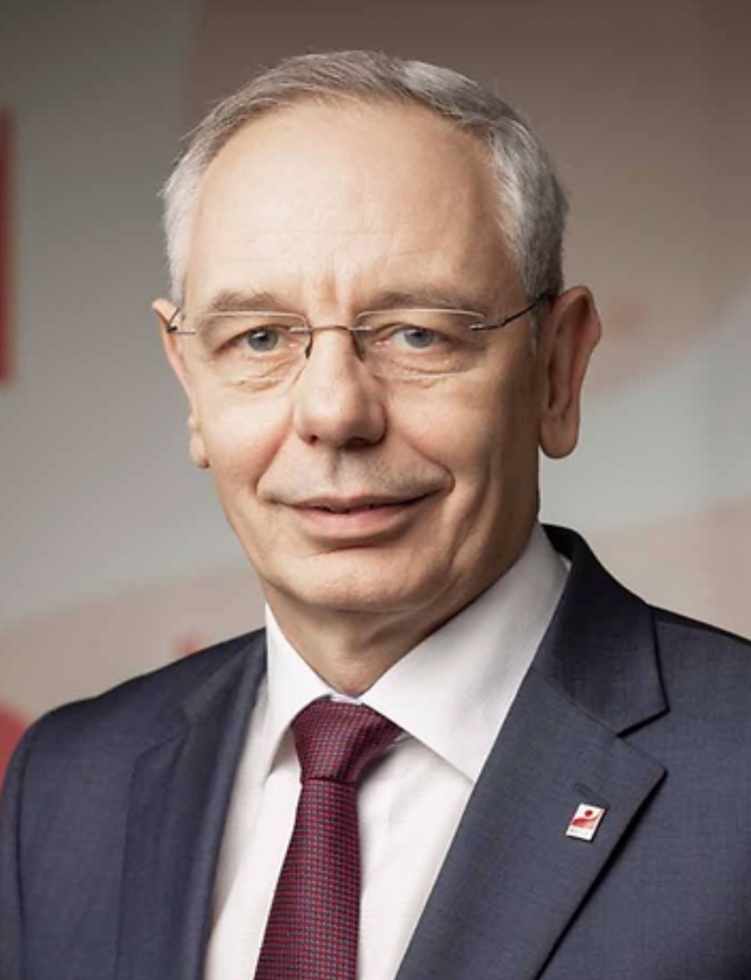 Michael Vassiliadis is Chairman of the German Industrial Union for Mining, Chemicals and Energy (IG BCE), a role he has held since 2009. One of Germany’s largest industrial unions, IG BCE has about 660,000 members. Mr. Vassiliadis has served on the Executive Board of IG BCE since 2004, and he was President of IndustriALL Global Union from 2012-2016. He is Vice Chairman of the Supervisory Board at K+S Aktiengesellschaft and is a Member of the Supervisory Boards at BASF SE and STEAG GmbH.

Vassiliadis was a member of the German Commission for Growth, Structural Change and Employment (known as the “coal commission”), a multi-stakeholder group that developed recommendations for phasing out the use of coal for energy production in Germany by 2038. He has been a member of the German Social Democratic Party (SPD) since 1981.

We had a chance to speak to Vassiliadis during his visit to Washington and participation in the public event "Industrial Transformation and a Carbon-Neutral Economy" on September 6th.  This interview has been edited and condensed for clarity.

What does a Just Transition mean to you?

It should be an overall concept for changing the economy, but also changing society with a focus on greenhouse gas emissions and environmental policy, balanced out with a view of working people and workplaces. The best thing would be to focus on innovation. Not on just shutting things down.

When you say innovation here, do you mean creative ways to respond to necessary structural change?

Yes. I’m sure that we can harness the technology, innovation, and power that already exists within companies, within the workforce, and focus this strategically on new issues: new products and greenhouse gas reduction. This would be an area where new growth would then appear. It is necessary sometimes to shut things down, but this cannot be the answer if we aim to meet our 2050 climate goals.

But I want to add a second thing: only looking at technological, corporate, or market-driven things is not enough in my view. We must also have a discussion about social innovation. How can we make people’s lives compatible with climate goals, without telling them how to live their lives? Their daily lives have to be emission-free. This is a cultural and a social innovation field. In a lot of countries, only a small number of people tend to focus on the issue this way. My point of view is that we need to balance the market and social forces here.

Absolutely. Of course you can take industrial transition down a technological path, or down a market path, but if you want to be successful at the end of the day – we’re talking about zero emissions, not about a 10% reduction in greenhouse gas emissions – if you really want to change things and how people discuss these problems, you must combine society, the daily lives of people, with these classic fields of technological innovation.

How can structural change be created by union stakeholders? It’s different in Germany than it is in the United States, but generally, what can unions do?

We [in unions] take care of people. It’s a part of our DNA, if you will. The first step is to ask the drivers of transition, do you have an idea of how can we solve the problem? In Germany, with the phase-out of coal, taking care of people means we’ve got to find them new jobs. Retrain them. Pay for this retraining. Bring them to new skills and to new opportunities, especially if they’re skilled but there’s no opportunity where they live. Regional development also plays a role here. We have a contract with the German government that the transition in the coal field has to be combined with regional investment in these to-be former coal regions. So that’s one thing.

Another thing is management. Usually in bigger companies, management might have an awareness of these issues, but the driving forces in decision making are market success. We are a force within the company. We use our tools – our works councils, our supervisory board access – so we can help strategically drive management to a more sustainable direction. So this is the second thing; we help drive the strategy at the management level.

The third thing is, we are the voice of the regular working people within the broader political debate, because there are different forces at work. The Green Party and movement are focused on green issues – that’s normal! But there has to be someone who focuses on the daily lives of working people impacted by these transitions. We are that voice in Germany.

How do you build trust among these different stakeholders in order to achieve necessary but functional compromise?

The first thing we have to do is build trust within our membership, because this transition brings uncertainty and has no clear roadmap. We have to discuss the roadmap. At the end of the day, there has to be opportunity for everybody. If there’s no opportunity, the membership will oppose it – that’s clear. We’ve done similar transitions before, so there is a level of trust already. We have to invest in debates as things change.

The second thing is we offer dialogue. We are strong enough to offer dialogue, so when people talk about goals we don’t like, we discuss it. You have to be able to influence and persuade them. The worst thing in society or in political debate is – I call it ‘cocooning’ – when everybody just talks among themselves in their own groups. …Dialogue means you go in with a clear point of view, you try to learn from others, you try to persuade others. We do this with NGOs, too; it’s not always easy. In Germany and in Europe, because of the available political platforms, we are one voice in the political debate – not the only one – but we are heard. We invest power and money to do this. I think it’s a mistake for a trade union to roll-back into the small number of traditional issues. We have to be a voice, and in my opinion, connect these voices across the world, despite the difference in situation – in Brazil, in the U.S., in Asia. At the end of the day, climate change is not an issue we can solve at the national level.

Is there a sense of how the membership of the IG BCE – an enormous union representing many different technical fields – feels about the shift away from coal?

It is normal that the coal miners, who are directly affected, have a very clear focus on it. They want to be handled fairly and treated with respect. They know greenhouse gas emissions have to do with coal production, but they are asking for realistic paths forward. In Germany, we have a real issue with our electricity supply; how will this work when we reduce coal power production? We’re already leaving nuclear energy by 2022. The coal miners and electrical plant workers, many are engineers, they ask practically, how will energy generation work when we’ve left coal? This is a real question. They’re asking for a practical solution for the future. Then we take care of them; then, I think, they will accept that they have to do something else – and we’ll help bring them there.

The other people, in the chemical industry especially, are very dependent on energy supply. They ask, ‘if energy will be more expensive or if it is not able to be securely delivered, will this have an impact on my job?’, so our union also has to take care of that. Everyone in my union has one focus on the necessity on climate change policy, but they also have specific questions that they bring to the table. It is interesting what NGOs sometimes do. They have a clear position and framing around advocacy and campaigning for their interests – that’s nice! But when it came down to business, to solving problems, they are sometimes immoveable. So I would push them a bit. After all, if we don’t have a dialogue focused on realizing solutions to these problems and these questions, we’ll get stuck in the middle of the process, and this is very bad.

Well, as you know, in Germany, the trade unions cover everything from wages to pension systems, and collective agreements and contracts. The jobs that are to be created in the sustainable energy field have to be unionized. They have to be based in contracts. My definition of a good job? Well-paid opportunities with a say in the company. It’s very basic.

The other thing is the jobs have to be skilled. The people are skilled! They have skills and they want to use them – sometimes these might need to be changed, but these workers want to utilize their skills and don’t want to shift into service work. This means there are quality issues. These are two clear goals.

We were successful in another process, getting out of hard coal mining, which ended in December 2018 when the last hard coal mine in Germany closed. We brought 100,000 people into new jobs or early retirement – we had to spend some money, but it worked! This is our definition of a quality transition.

What is the role of Social Democracy?

This is a good question, because Social Democracy in Germany and in Europe is under pressure. Social Democrats have to find their field; their field within our party system should be caring for social security and social development. It also appears that the Social Democrats have a lot of issues that they “have to have”, that’s fine. But what they should focus on are the workers, on bringing workers into the future. They have to create ideas to create opportunities for modern and future work, not only for yesterday. They’re searching for it, and we’re helping them.