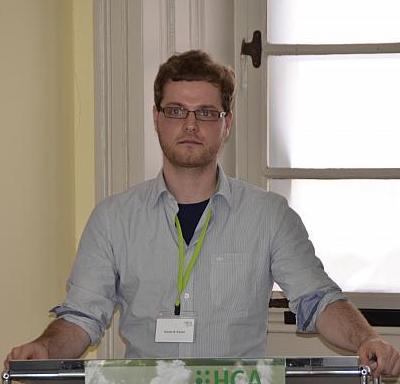 We are excited to introduce a new type of Spotlight publication in which we ask two or more experts, policy makers, artists, religious leaders, or concerned citizens to weigh in on important issues that receive a lot of attention in the news media and public opinion. We aim to offer fresh and incisive perspectives and varying viewpoints from a diverse range of contributors to provide our readers new insights into highly visible, controversial, and debated topics.

As a constitutional scholar and a student of the U.S. presidency, I find the currently unfolding institutional crisis between the executive branch and the judiciary fascinating, if somewhat unsettling. While the mainstream media seem to have segued to ceaseless reporting of President Trump’s Twitter bon mots, the 9th Circuit’s carefully reasoned decision in Washington v. Trump has been at best incompletely covered, focusing only on a few catchy soundbites. In what follows, I am going to tease apart the many strands of the verdict’s logic and highlight the powerful language that the Circuit Court used to uphold a temporary stay on Trump’s executive order and to effectively dismiss the administration’s reasoning for the travel ban.

On February 3rd, 2017, district judge James Robart issued a temporary restraining order, barring enforcement of Executive Order 13769, which has been dubbed the “Muslim ban.” While Executive Order 13769 staked out a valid national security objective of ensuring that “those admitted to this country do not bear hostile attitudes toward it and its founding principles,” Judge Robart suspended the order due to its violation of constitutional due process rights, religious discriminatory intent, and overbreadth. On appeal, the government sought to stay the order, while the States of Washington and Minnesota sought its continued enjoinment. The Circuit Court’s decision was guided by four questions: (1) whether the stay applicant is likely to succeed on the merits; (2) whether the applicant will be irreparably injured absent a stay; (3) whether issuance of a stay will irreparably injure the other parties; (4) where the public interest lies.

The first mainstay of Washington v. Trump is the Court’s finding of Washington and Minnesota’s standing to sue. The States asserted a right to sue the federal government under the “third party standing” doctrine. Third party standing has traditionally permitted advocacy organizations like the NAACP to assert the rights of their members and schools to assert the rights of their students. Under this doctrine, the States argued that the Executive Order “causes a concrete and particularized harm to their public universities… [which are] branches of the States under state law.” The plaintiff (the States) claimed that the teaching and research missions of their universities are “harmed by the Executive Order’s effect on their faculty and students who are nationals of the seven affected countries.” Section 3(c) of the order suspended for 90 days the entry of aliens from seven Muslim-majority countries: Iraq, Iran, Somalia, Sudan, Yemen, Libya, and Syria. This provision, the States argued, injured their public universities’ admissions and hiring objectives because it barred visiting scholars, prospective employees, interns, and student candidates from entering the United States.

The second pillar of the decision is reviewability: The 9th Circuit flatly rejected the government’s claim that the President has “unreviewable authority to suspend the admission of any class of aliens.” While the three-judge panel acknowledged the tradition of judicial deference to the political branches in national security and foreign policy, it also insisted on the primacy of separation of powers and checks and balances in the constitutional system. Quoting Justice Kennedy in Boumediene, in which the Court struck down the Military Commissions Act (stripping federal courts of jurisdiction over habeas petitions filed by non-citizens held as enemy combatants) as unconstitutional, the 9th Circuit declared that the “political branches” lack “the power to switch the Constitution on or off at will.” Moreover, the judges continued, in the constitutional setup of the U.S. government, it is the role of the judiciary to interpret the law. Judges Canby, Friedland, and Clifton (a Bush appointee) stressed that “simply because a statute deals with foreign relations [does not mean that] in can grant the Executive totally unrestricted freedom of choice.” Indeed, as Earl Warren wrote, “’national defense’ cannot be deemed and end in itself, justifying any exercise of legislative power designed to promote such a goal… It would be indeed ironic if, in the name of national defense, we would sanction the subversion of one of those liberties… which makes the defense of the Nation worthwhile” (Zemmel v. Rusk). The government’s invocation of 9/11 and subsequent acts of terror, evoking a perpetual state of emergency, also does not invalidate the claim of judicial review: the Supreme Court proclaimed in 1942 that “in time of war as well as in time of peace,” the courts have a duty “to preserve unimpaired the safeguards of civil liberty;” and, after the Civil War, Justice Davis famously wrote that “The Constitution of the United States is a law for rulers and people, equally in war and in peace… under all circumstances.” In short, while deference to the political branches with respect to immigration and national security is uncontested, “it is beyond question that the federal judiciary retains the authority to adjudicate constitutional challenges to executive action.”

Regarding due process, the 9th Circuit ruled that the Executive Order is in violation of the 5th Amendment, which prohibits the government from depriving individuals of “life, liberty, or property, without due process of law.” The problem is, the order did not provide those affected by Sections 3(c) and Section 5 a notice and an opportunity to respond as due process dictates. The 9th Circuit Court’s ruling on Section 5 suspending the United States Refugee Admissions Program is simple: the executive order is in contravention of “procedures provided for by statute for refugees seeking asylum and related relief in the United States.” The issue with Section 3(c) is more nuanced. This section effectively denied entry to non-immigrant visa holders, and refused re-entry to the same visa holders as well as certain lawful permanent residents, thus stopping them from exercising their constitutionally protected liberty interests in travelling. The three-judge panel did not think that the government would prevail against the States on the merits, given the Supreme Court’s ruling in Zadvydas v. Davis, in which the High Court held that the procedural protections of the Due Process Clause are not limited to citizens; rather, they “appl[y] to all ‘persons’ within the United States, including aliens,” regardless of “whether their presence here is lawful, unlawful, temporary, or permanent.” Therefore, since “lawful permanent residents are entitled to a hearing on… any attempt to exclude [them]” (Landon v. Plasencia), the government cannot deny them due process rights as they seek re-entry into the United States. Even if lawful permanent residents were not part of the case, the judges concluded, the States would still continue to have potential claims regarding other classes of non-immigrant visa holders as well as unlawful aliens.

One of the most fundamental building blocks upon which the Bill of Rights is predicated is the Establishment Clause. The judges of the 9th Circuit found that section 5(e) of the Executive Order prioritizing refugee claims of certain non-Muslim religious minorities is likely in violation of that clause, and that it essentially amounts to religious discrimination. The States argued that candidate Trump’s calls for a “Muslim ban” throughout the presidential campaign is evidence of the purpose of the distinction being anti-Muslim. The potential political fallout is clear, as the Supreme Court explained in Larson v. Valente: endorsement of a religion “sends the ancillary message to… nonadherents ‘that they are outsiders, not full members of the political community.” Favoring Christians for refugee status, as President Trump said he would do in a CBN interview shortly after taking office, is in clear violation of constitutional precepts and long-standing Supreme Court jurisprudence.

"It is time to move forward, Mr. President. This time, mindful of legality and anticipating that the system of check and balances is alive and well."

While conservative commentators will dismiss the 9th Circuit as the most liberal circuit court in the country, Washington v. Trump does not appear to be out of touch with Supreme Court jurisprudence. Moreover, if Justice Kennedy’s position in Boumediene is any indication, then the administration’s position is less than secure heading into a Supreme Court battle on the merits. President Trump might be best served by not frittering away his less-than-copious political capital before the new administration even has a chance to get started on its legislative agenda. The populist anti-Muslim message may have riled up crowds on the campaign trail, but Trump will soon have to learn the limits of executive power and the constitutional role of the coordinate branches. As the court concluded its 29-page opinion, the government did not meet its burden to prove any demonstrable harm from the suspension of Executive Order 13769. Judge Robart’s temporary restraining order simply returned the country “to the position it has occupied for many previous years.” It is time to move forward, Mr. President. This time, mindful of legality and anticipating that the system of check and balances is alive and well.

Dorian Kantor is an FES Fellow and the editor of the Spotlight Series. He is also a doctoral candidate in political science at Freie Universität Berlin and affiliate faculty at George Mason University’s Schar School of Policy and Government. He has lectured on U.S. politics, political institutions, and constitutional law in Germany, Hungary, Brazil, and the United States. He is currently working on his dissertation, entitled “Politics as Law: Juridified Executive Unilateralism in Post-Watergate National Security Crises.”