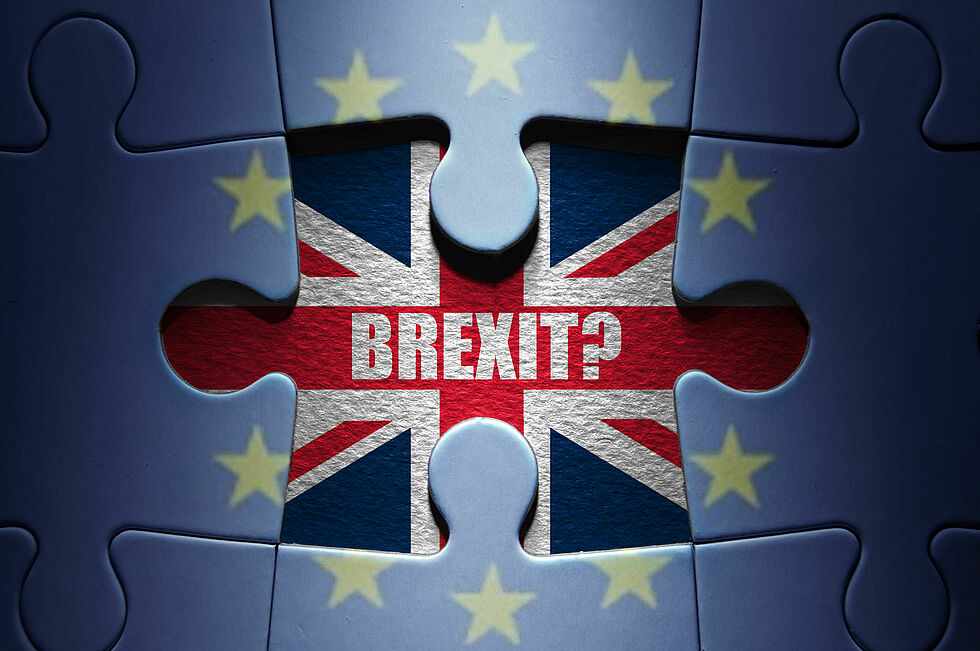 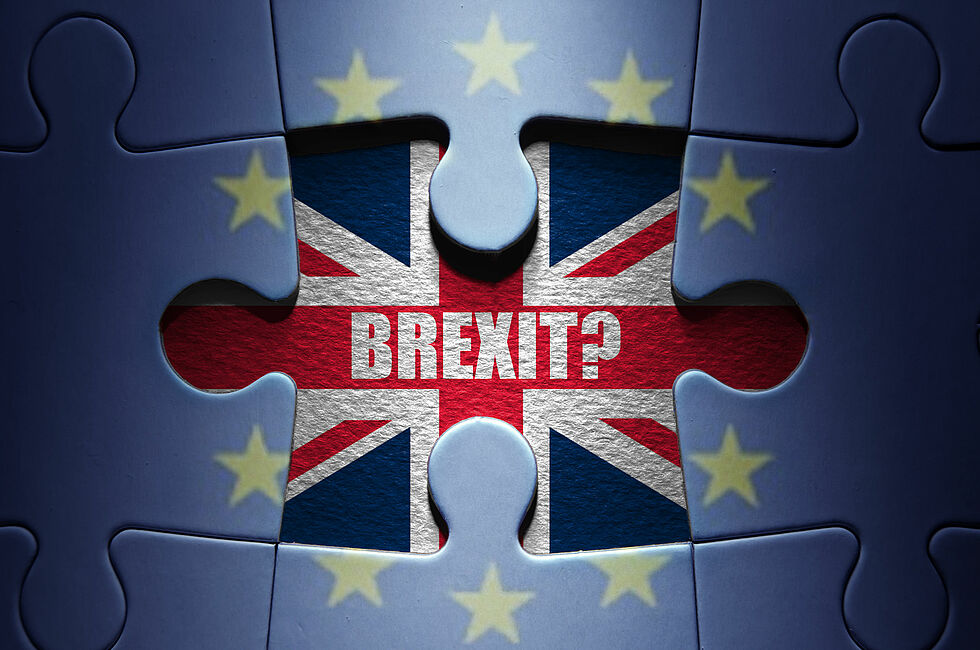 For nearly forty years European democracies have grappled with right-wing populist parties. Beginning in the late 1970s with the rise of so-called ‘Progress Parties’ in Scandinavia, the trend of growing public support for parties that are united by nativist, authoritarian and anti-establishment appeals has attracted considerable attention.

In the 1980s much of the popular debate focused on the electoral emergence of Jean-Marie Le Pen in France and the Freedom Party of Austria, which offered fairly crude anti-immigration appeals that were infused with ethnic nationalism and, at times, anti-Semitism. In the 1990s the debate widened to encompass parties such as the National Alliance and Northern League in Italy and the so-called ‘People’s Parties’ in Denmark and Switzerland, which began to moderate their appeals in the quest for a wider following. Therefore, and into the 2000s, the arrival of movements like True Finns in Finland, the Sweden Democrats, the Party for Freedom in the Netherlands and Jobbik in Hungary revived interest in this issue. In other words, long before the United States had even entertained the notion of a presidential bid by Donald Trump the democracies of Europe had been struggling to contain the populist radical right and marshal an effective response to this political phenomenon.

This was also true in the United Kingdom where over the past ten years populist attacks against the established politicians, immigration and settled minority ethnic groups have become fused with a broader movement by so-called ‘Euroskeptics’ to pull the country out of the European Union (EU). On June 23 the United Kingdom will hold a remain-or-leave referendum on its continued EU membership, the result of which will profoundly influence the country’s place in the world and its relationship with the U.S. as one of America’s closest allies. The referendum marks a response to two interrelated developments. First, following the 2010 general election the incumbent Conservative Prime Minister David Cameron faced growing pressure from his Euroskeptic backbenchers to hold a referendum on the UK’s EU membership, something that a large section of his party had always opposed. Second, from 2013 on a new populist radical right party - the UK Independence Party (or ‘UKIP’) - drew much of its support at elections from disgruntled social conservatives who had once-upon-a-time voted Conservative. In early 2013 these two factors combined,  forcing Cameron to pledge to hold a referendum.

On one level this might appear to be a minor interest within UK politics. After all this is the first referendum on the UK’s relationship with the EU for more than forty years. But on another level the plebiscite represents a broader challenge to progressives who support the European Union and a more integrated continent. The referendum comes at a time when the EU is already struggling to resolve two major and lingering crises – the post-2008 financial crisis and the post-2014 refugee crisis. In fact this will be the 55th such referendum since 1972 and the 30th since 2000 on a continent where Euroskepticism is easy to find.

Indeed more recently the EU has witnessed a significant public backlash to its continued enlargement and push for monetary and political integration, one that is reflected in ongoing support for the populist radical right. At recent elections in Austria intense public dissatisfaction with the direction of the EU and its perceived handling of the refugee crisis led voters to put two non-mainstream candidates into the final round of the Presidential elections. While one candidate was a Green the other came from the radical right Freedom Party of Austria who had spent much of the campaign criticizing mass immigration and the arrival of refugees from the Middle East and North Africa. In the end the radical right lost by just 0.6%.

Elsewhere, such as the Netherlands and Sweden, similar parties have been enjoying some of their highest ever ratings in the polls while in 2017 attention will remain firmly on the radical right as Marine Le Pen enters the presidential contest in France and the new Alternative for Germany (AfD) attempts a breakthrough at the German national level. In short, there is actually scant evidence that European elites, trade unions and civil society actors have successfully countered the radical right. For this reason the referendum in the United Kingdom is seen by some as a potential watershed moment for the EU – an event at which a strong Leave vote for Euroskeptics could embolden the radical right elsewhere in Europe and possibly trigger a wave of referendums, in turn further undermining the European project.

But the referendum in the United Kingdom also tells us much about the underlying source of public support for the populist radical right. Unlike many of their continental neighbors voters in the UK have long been known for their stronger skepticism towards the EU and also much lower levels of knowledge about how EU institutions work. Citizens who have either voted for the radical right UK Independence Party or voiced support for a ‘Brexit’ have also tended to share a distinctive social profile – they are often white, identify as English rather than British, are aged 55 years old or above, have few educational qualifications, live on low incomes and feel notably more pessimistic about the direction of the country. In terms of their attitudes our research has shown how these voters are generally united by three traits: They strongly disapprove of their country’s EU membership, are intensely anxious about the perceived negative effects of migration on the economy, culture and welfare, and feel strongly dissatisfied with the way that their national democracy is currently functioning. Working-class voters are especially likely to feel as though they have been cut adrift from politics and that the system is no longer working to represent them.

Interestingly, those who plan to vote to keep the UK in the EU are basically the polar opposite – they tend to be younger, to live in urban and more ethnically and culturally diverse cities, have a university degree, are often found among the professional middle-classes, and tend to enjoy higher levels of economic security. They also hold different attitudes: They are less likely to view immigration as a salient issue, are more socially liberal, and primarily see their vote to remain in the EU as an attempt to protect the economic position of the UK. So, in short, this is a referendum that is shining a light on a society that is highly polarized over the question of Europe. It is a vote between two very different groups of voters, who are motivated by two different sets of concern – on one side this is about economics but among the economically left behind this is foremost a vote about immigration and identity. Reconciling this divide will not be easy, especially when these two groups of voters come from very different places and think very differently about the world around them.

Drawing on insights at a gathering of trade unionists, thinkers and academics that was held in Washington, DC in the spring of 2016, one useful way forward may be to invest far more seriously in increasing the amount of grassroots engagement with these blue-collar and more economically precarious voters, many of whom have drifted into political apathy. Reigniting their interest in the political process and underscoring how their interests are best served by playing an active role at elections is a useful activity. In a political world where such voters have often been marginalized and elections have been reduced to focus groups and carefully targeted messages in swing areas, face-to-face engagement remains a powerful remedy – a reminder that unions, civil society and political progressives are still interested in, and value, their views and input.

Yet there is no doubt that serious challenges lie ahead. Across democracies in the Western world there are good reasons to expect this underlying social and value divide between the economically left behind and more prosperous middle-classes to remain very much in place. It is hard to see how a single election or referendum will, in the short-term, remedy what are fundamental differences between generations, social classes and values.

Looking at the results of recent opinion polls and academic surveys, as well as the fact that inequalities are stubbornly persistent, it is hard to escape the conclusion that there is likely to remain a significant reservoir of public support for political campaigns that oppose European integration, immigration, the more specific issue of Islam and rapid social change more generally. So long as these issues stay salient, there will be much work for progressives to do. For this reason alone it is vital that they continue to talk to each other.